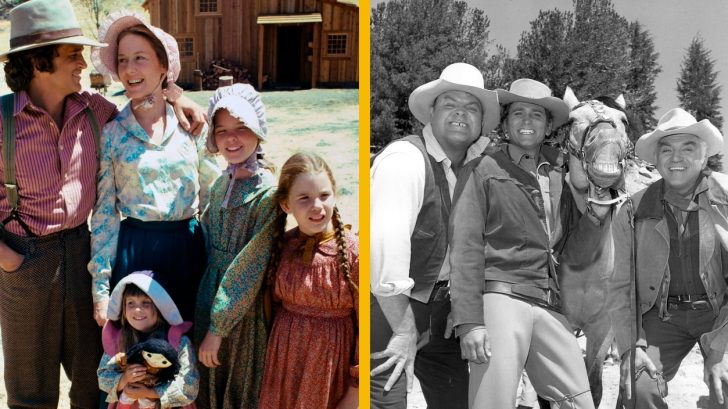 In 1974, Little House On The Prairie began its nine-season run on NBC.

Every episode began the same way, introducing us to each character and the actor who played them set to iconic musical theme song.

If you’ve ever thought that the theme song sounded a little familiar, you wouldn’t be crazy! The song was actually first used in a 1971 episode of Bonanza titled “Top Hand.”

There’s a good reason the song was taken from Bonanza and used for Little House On The Prairie.

As most fans know, Michael Landon starred in both series. He played Joe “Little Joe” Cartwright in Bonanza and Charles Ingalls in Little House. He was also a producer on Little House and directed a good number of the episodes!

After Bonanza wrapped up in 1973, Landon brought several people he worked with for many years over to Little House, including music composer David Rose, who won an Emmy Award for his work on Bonanza in 1971 and won two Emmys for Little House on the Prairie TV show in 1979 and 1982.

Rose wrote the music for the Bonanza episode in 1971 and just three years later, it was chosen as the Little House On The Prairie theme song!