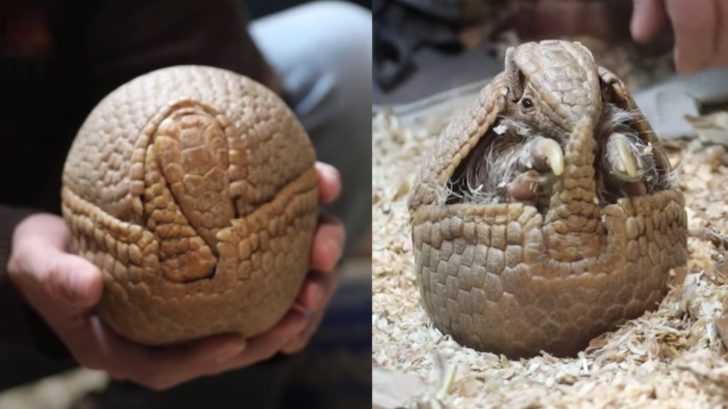 Jeff the Nature Guy shared a video of when he was visiting ZooMontana and he put the spotlight on a beautiful little armadillo named Bandy.

“The name armadillo, it’s actually Spanish for little armored one,” Jeff the Nature Guy said in the video shared by Billings Gazette.

Bandy is a southern three-banded armadillo, and the reason they are named that is because they have three bands connecting two dome shells that cover the back of the armadillo. The bands allow it to be flexible enough to fit its tail and head together to roll up in a complete ball.

Native to South America, the southern three-banded armadillos are actually the only species of armadillos capable of rolling up into a complete ball to defend themselves. Their shell gives them body armor that’s made out of the same protein as human fingernails.

The armor protects their eyes, nose, ears, limbs, and underbelly from predators. They even have bristles that are sensory hairs that sense when an animal is near them so they know when it’s safe to open back up. Jeff the Nature Guy explains this and a lot more about the animals in the video below.

Meet Bandy, The Armadillo That Likes To Be Tickled