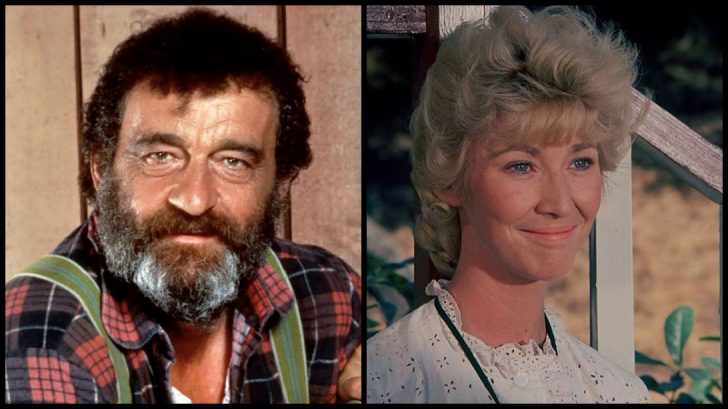 Little House on the Prairie was one of the most popular television series of the 1970s and 80s, and still has an impressive following to this day, thanks to syndicated reruns. But, fans of the show might be surprised to know that some of what went on behind-the-scenes wasn’t near as wholesome as the show itself.

Charlotte Stewart, the actress known for her role as beloved Walnut Grove school teacher Eva Beadle, shared some details about what went on when cameras weren’t rolling in her autobiography, Little House in the Hollywood Hills: A Bad Girl’s Guide to Becoming Miss Beadle, Mary X, and Me. Stewart, who proudly boasts a life full of “sex, drugs and rock ‘n roll,” revealed in the book that she and her Little House co-star, Victor French who played Mr. Edwards, had a thing for each other and often spent time together following his divorce from his second wife.

A post shared by Little House on the Prairie® (@lhprairie)

“He was dealing with the end of his marriage with his wife Julie, and was absolutely devastated by the divorce,” Charlotte Stewart, wrote in her book. “I knew it was hard on him, but I had no idea until out of the blue he called me one night at home. Poor guy, it was clear how torn up he was.”

In an effort to comfort her friend, Stewart invited French over…a meeting that led to multiple trysts over the next few years.

“I told him to come over to my house in Beachwood Canyon,” the Little House alum recalled. “We sat up for a long time drinking, talking about marriage, divorce, and life. And he ended up spending the night. Which was the start of an occasional thing between us.”

Stewart denies that their relationship was ever serious, but said that she was very fond of her Little House cast mate.

“Usually Victor would call and say he was having dinner with one of the producers, Kent McCray and his wife, and would I like to come along?” Stewart explained. “We’d go out, have a good time, and he’d stay over. It was never a romance — I was never after him — I simply adored him.”

A post shared by Little House on the Prairie® (@lhprairie)

In an interview with Smashing Interviews in 2016, Stewart again proclaimed her affection for Victor French and the time they spent together. “He was great! He was just one of the most charming and funny men and had such a good heart. He was really suffering from his breakup with Julie Cobb. His marriage had broken up. It was kind of comfort time. It was very nice and very sweet.”

But, in her book she admits that she and French often laughed about how fans of the show would react if they knew about their romance.

“Sometimes we’d lie in bed and joke about what fans would say if they found out that Miss Beadle was hooking up with Mr. Edwards.”

Watch Charlotte Stewart recall how she got cast as Miss Beadle on Little House on the Prairie in the video below.