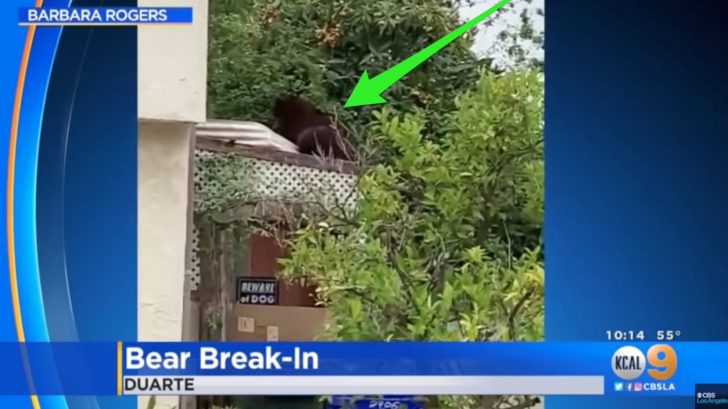 Barbara Rogers and her husband had the backdoor open in Duarte, California on Friday evening when a big black bear walked into their house and frightened them.

According to the Los Angeles County Sheriff’s Department, it happened around 8:30 p.m. at the 2700 block of Briar Summit Drive. The couple said they left the door open so their cats could come in from outside and that’s when the bear decided to make its entrance.

“My husband goes ‘There’s a bear in the house!’ and I look down the stairs and I saw his big nose and it was about a 250-pound – he said a junior bear – so it wasn’t very old,” Rogers added.

They ran upstairs to their bedroom and locked the door as they called the police and waited for a unit to come rescue them. They said they tried to make some noise to get the bear to leave but it didn’t work – so they just waited.

By the time authorities got there, the bear was already gone and they were safe to leave their bedroom. However, the bear left a really big mess in the kitchen.

“He was looking for food. He went through my whole pantry, he pulled out the flour…he ate all the cat food from the two cat dishes. He ate prunes,” Rogers said.

More In The Video Below On The Bear Break-In