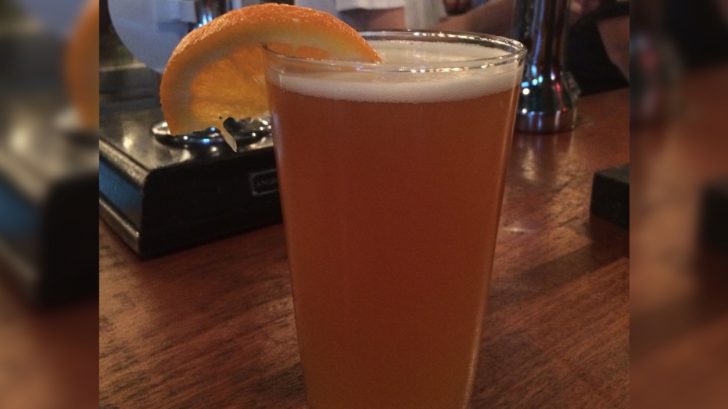 The shortage of carbon dioxide, which is used to make beer is due to a contamination issue that happened in a Mississippi factory.

Katie Stinchon, the executive director of the Massachusetts Brewers Guild, said that the Northeast has mostly insulated from those shortages up until recently.

“Once that hit, we really started to see from our brewers that they’re getting notices from their suppliers that either future deliveries are in jeopardy or that they can’t fill current orders, even through their contract,” she told WGBG. “There’s about a dozen or so breweries that I know of that are currently struggling to either find new suppliers or are receiving notices that future deliveries might be in jeopardy.”

Michael Oxton, one of the co-founders of a local brewery called Night Shift, added that carbon dioxide plays a part in nearly every part of the beer-production process, and Night Shift is having to make cuts because of the CO2 shortage.

Fortunately, Night Shift has contract brewing relationships with two other local breweries who have offered to help them, however, Michael believes the issues with lack of carbon dioxide will only grow.

“We’ve reached out now to a bunch of different other CO2 supply companies and they’re all basically saying, ‘Yeah, we’re not taking on new clients, we have no CO2’ or like ‘We’re only using the current clients we have,'” he said. “Our contract partners that we’re gonna work with, Jack’s Abby and [Isle Brewers Guild], both of them have suppliers that have guaranteed the supply of CO2 for the foreseeable future, so they’re in a good spot. But at the same time, their suppliers have said ‘We’re absolutely not taking on anyone else; we don’t have CO2 to spare.'”

Full Video News Report On The Carbon Dioxide Shortage Below