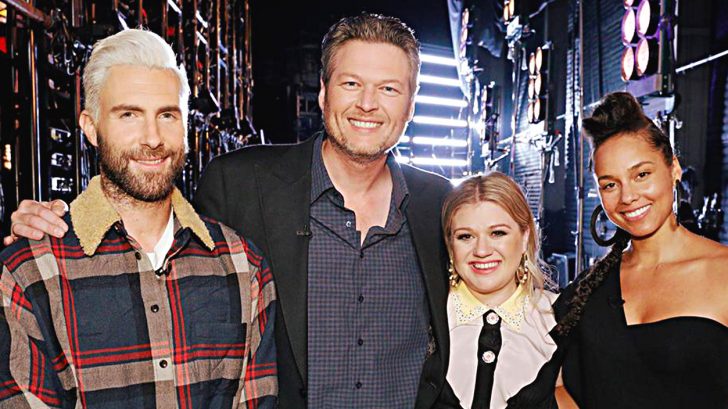 Season 14 of The Voice has been a season full of changes and new additions. It all started during the blind auditions, when the show introduced the “block” button.

This new button gave coaches the chance to block another coach and keep them from getting a contestant. Its addition caused a bit of a stir with fans, who disliked how it kept singers from going after a coach they really wanted to work with.

In addition to the block button, The Voice introduced the concept of the save button for the knockout rounds. Following a knockout, coaches could press the save button to keep a contestant they just eliminated. But, they could only do so if none of the other coaches tried to steal them first.

Now, The Voice is introducing some more new things for its upcoming live shows. One thing is a pretty major switch up, since it’s something the show has never done before.

According to Deadline Hollywood, next week’s lineup for The Voice will look a little bit different. That’s because instead of airing on Monday and Tuesday, the show will air Monday, Tuesday, and Wednesday nights:

“The Voice’s ‘Live Playoffs’ round, with performances, real-time voting and results, begins at 8 pm ET/PT on the Monday-Tuesday-Wednesday run, with the first night a two-hour episode, and one-hour shows the following two nights,” writes the publication.

While The Voice has done three-night runs before, those were two episodes followed by an episode with behind-the-scenes or “extra” footage. The Voice has never aired three live episodes back-to-back like it’s talking about doing.

But wait, that’s not the only change coming to The Voice! As Deadline Hollywood shared, the show is also introducing “theme weeks” starting on April 23. Rather than have themes like “Country Week” or “Love Song Week,” the themes will be a little more unique.

Deadline Hollywood explains the themes as such:

These themes could result in some one-of-a-kind performances unlike anything Voice viewers have seen before. They will also push contestants to their creative limits, as many of these themes will force them out of their comfort zones.

We can’t wait to see how all of these changes come into play, how about y’all? In the meantime, take a look back on one of the best performances from the show so far.