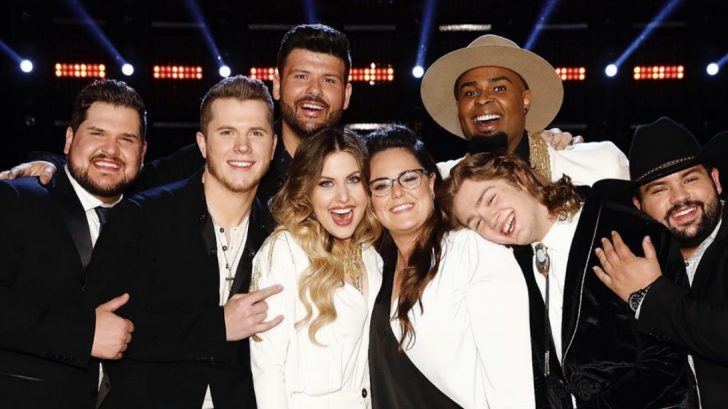 The four finalists for The Voice Season 16 have been revealed. After an intense evening full of performances from the Top 8, only four were left standing.

Three of the four finalists were revealed early in Tuesday night’s episode as Team John Legend’s Maelyn Jarmon, and Dexter Roberts and Gyth Rigdon from Team Blake were confirmed as safe. Three of the remaining five semi-finalists were chosen to compete for the season’s final instant save. Shawn Sounds (Team John), Rod Stokes (Team Kelly), and Andrew Sevener (Team Blake) each performed in hopes of being saved by America’s vote.

The results left two-time winning coach Kelly Clarkson without any contestants in the finale. Clarkson joins fellow coach Adam Levine who lost the last remaining members of his team prior to the Top 8 semi-final round. The news was met with frustration by many viewers who blamed the show’s new Cross Battle round for the untimely elimination of some of this season’s best talent.

Kelly produced TWO winners in 2018 on #TheVoice. She is STILL the greatest coach this show has ever had the honor of having! Her not being in the finale this year is such a disgrace but I blame the format entirely! #TeamKelly #VoiceFinale pic.twitter.com/elKWRHHb7A

@NBCTheVoice You have an opportunity to be the true talent showcasing reality show. However, each season you leave highly gifted artists behind because of your “popularity” style of voting. Why?@kelly_clarkson @adamlevine @johnlegend @blakeshelton

Tune in Monday (May 21) for The Voice Season 16 finale where the Top 4 will perform as well as Taylor Swift and the Jonas Brothers.