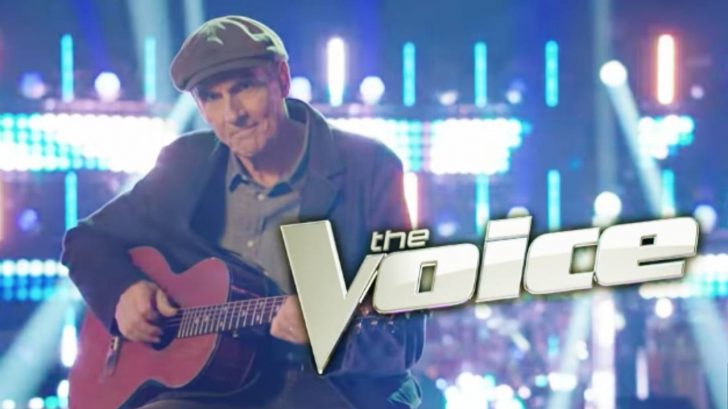 For the second season in a row, The Voice will be having what they are now calling a “Mega Mentor.”

Every season, during the Battle Rounds, each coach brings in another musician to help them out. This season, Kelly Clarkson brought in Dua Lipa, Blake Shelton had Bebe Rexha, John Legend invited Ella Mai, and Nick Jonas had his brothers Kevin and Joe help him out.

In seasons past, The Voice has then brought in a mentor for all four teams during the Knockout Rounds. Previously, this position was called the “Key Advisor.” Garth Brooks, Miley Cyrus, Tim McGraw and Faith Hill have all served as past “Key Advisors.”

For Season 17, they changed the title of this job to “Mega Mentor” and brought in Taylor Swift.

We promise that you’ll never find another Mega Mentor like her.

For Season 18, they are keeping the title of “Mega Mentor” because there really isn’t another way to describe the mentor they got other than using the word “mega” in front of it.

In a silly, telephone game-esque video, the coaches revealed who this season’s Mega Mentor would be. First, Clarkson whispered it to Jonas, then he told Legend, who finally told Shelton. Looking confused, Shelton asked, “Wait, Elizabeth Taylor?”

He was probably extra confused, seeing as she had passed away in 2011. His colleagues then told him they were talking about legendary musician James Taylor!

?? Canadian tour update! ??The tour will be rescheduled, and previously purchased tickets will be honored for all…

“Awesome” would be one way to describe this Rock and Roll Hall of Famer who has sold over 100 million records and has five Grammys to his name, among countless other awards. We can’t wait to see what kind of guidance he gives each of the singers!

Watch the video below to see their game of telephone.