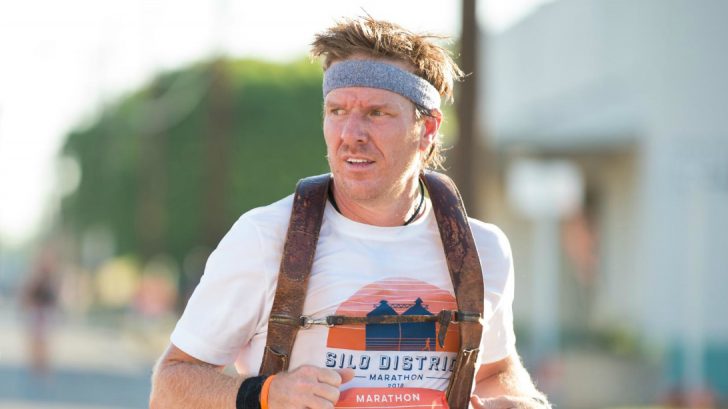 Five years ago, America fell in love with Chip and Joanna Gaines when their HGTV show, Fixer Upper, premiered. Their Magnolia empire grew as the show gained steam and as the couple turned Waco, Texas, into a popular tourist destination.

The Gaines’s shocked their fans when they abruptly pulled the plug on Fixer Upper earlier this year and announced that they were expecting their fifth child. But, the show’s end seems to be just the beginning for the celebrity couple who now have their own home goods line at Target, have opened their first restaurant, and recently celebrated the inaugural Silo District Marathon in their home town.

The marathon was organized as a fundraiser for the Brave Like Gabe Foundation which was formed by professional runner Gabriele “Gabe” Grunewald” after her third diagnosis of incurable rare salivary gland cancer. The foundation is a way for Gabe “to share her story, connect with patients, and make a difference in the cancer community.” The Silo District Marathon raised roughly $250,000 for the foundation in its first year!

But, the race was special for more than one reason. Chip Gaines spent weeks training for the full marathon, an undertaking he documented on social media. When race day finally arrived, Chip not only helped raise funds for the Brave Like Gabe Foundation, but found a touching way to honor a local hero.

According to a new blog post from Joanna, she revealed that Chip ran the entire 26.2 mile race while wearing a tool belt… but he had a great reason.

“I wore my toolbelt in honor of a local U.S. soldier who is currently serving overseas. He thought he’d be able to make it to Waco for the race. Unfortunately, as I can only assume must happen often, things changed and he was not able to leave and be with us for this marathon,” Chip said. “But, like any glass half full thinker, he talked his commanding officer into letting him run the race there. He chose not only to run the race, but to do it in full gear, which he explained added about 40-45 pounds. So I figured if he could run in 90 degree heat with an added 45 pounds on his back, I could at least honor him with my tool belt. And I did.”

Learn more about the Brave Like Gabe Foundation and make a donation by clicking here.