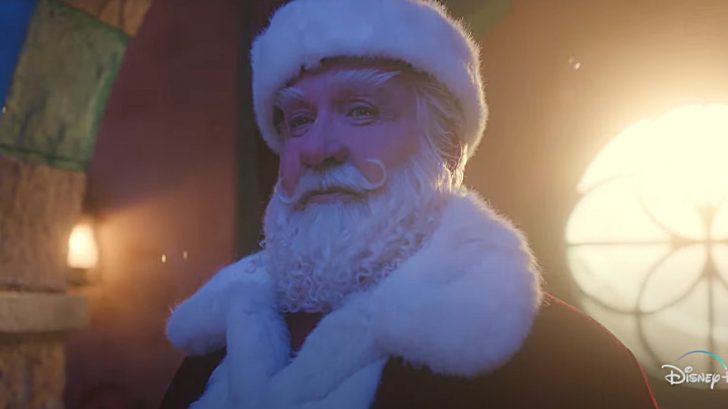 Fans all around America are getting really excited because 69-year-old Tim Allen will be back on the screen in his Santa suit just in time for the holidays to take part in the highly anticipated upcoming series, The Santa Clauses.

The first movie in the series he starred in, The Santa Clause, came out nearly 30 years ago in 1994.

The movie followed Scott Calvin (Allen) as a normal father who ended up becoming Santa Claus, aka Father Christmas and the movie has since become a Christmas-time staple shown every year on cable TV.

Allen said he felt nothing but joy as he stepped back into the suit the play the role on the screen for Disney+. In the movie, he has found a way to retire as Santa Claus and steps down to rejoin his life back in the real work. However, his replacement can’t seem to do the job correctly and “destroys Christmas spirit.”

“I retired too soon. I hired the wrong guy, I’ve got to go back to the North Pole” Scott says to his family in the movie trailer.

The movie is promised to have a merry twist to the beloved tale that all viewers know and love. In addition, it will also be very nostalgic for those who fell in love with the original movies because several cast members will be returning.

Elizabeth Mitchell will be back in her role as Carol (a.k.a. Mrs. Claus) and David Krumholtz will also be back to play his fan-favorite role as Bernard, the head elf. Eric Lloyd, who played Scott’s son Charlie in the first three movies is also said to be making an appearance in the series.

Allen told PEOPLE,“To be on set again with so many of the original cast was like seeing family again. It’s almost as if time had stood still other than my age. I look younger now in the Santa makeup than I do out of it.”

Austin Kane and Elizabeth Allen-Dick, who is Allen’s real-life daughter, will also be joining the cast as Scott and Carol’s children. Allen said that before filming The Santa Clauses with his daughter, he gave her some special advice to adhere to.

“The advice I gave to my daughter Elizabeth is that the writers, producers and crew have the most important roles on a production. Being an actor is a wonderful craft but we are just a part of a teamwork experience.”

In addition to many of the originals returning, there is a major football superstar that will be playing himself, and he is none other than Peyton Manning.

“I am a huge football fan so the scenes with Manning were surreal,” Allen told PEOPLE of working with the football star. “I was in full Santa gear and in character so Tim Allen never had the chance to be a fan. The dude is too tall and too funny!”

The Santa Clauses is expected to release its first two episodes on Disney+ beginning Nov. 16.