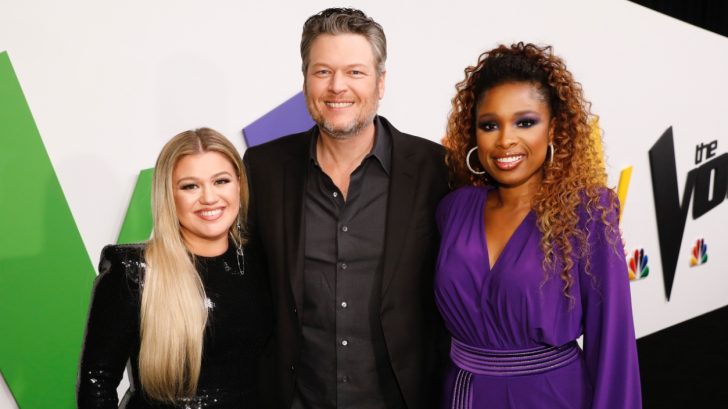 For years, The Voice has had four coaches to lead their teams through all of the various stages of the competition, but with the fall season of NBC’s hit singing competition show, they made a massive change – and now, with the first season of 2019, there will be one familiar face missing.

Drop a ? if you're thankful for them.

Throughout the 15 seasons of The Voice, they’ve featured a constant four coaches in big red chairs who get to build a team from the massive pool of talented contestants. During the 15th season, they added a fifth “Comeback Coach” who worked with some of the early-eliminated contestants and gave them a second shot at the finals.

Say hello to our FIFTH COACH! ?

Two faces have remained the same across all seasons (Blake Shelton and Adam Levine) and many other artists have appeared multiple times as a coach – including Christina Aguilera, CeeLo Green, Gwen Stefani, Pharrell Williams, Miley Cyrus, Alicia Keys, Jennifer Hudson, and Kelly Clarkson.

While we’ve become accustomed to seeing some of these folks time and time again – it seems that one of them is saying “goodbye” to the three other coaches – and for very good reason.

Coaches we'd turn our chairs for. This fall. ✨

Shelton and Levine have been on the show since the very beginning and Kelly Clarkson joined the show in Season 13 as an advisor, moving into the coaching role for a full-time spot on Season 14. The fourth coach from Seasons 13 & 15 was Jennifer Hudson – who also has also starred as a coach on The Voice UK.

Now, moving into the 16th season, the announcement that Hudson would not be returning had been made – but it wasn’t until recently that the reason why was revealed.

During the 2017 season of The Voice UK, Hudson went on to take home the win with her very first season as a coach. The audience and fans loved her so much that the network brought her back on to coach for a second season in 2018 – surprisingly both shows had parts filmed very close together.

Now, for 2019, Hudson has left The Voice on NBC and bid farewell to her close friends on the show – but that’s not the last you’ll be hearing from her!

Beginning in this new year, Hudson will take her coaching talents to the UK again and star as one of The Voice UK’s coaches for their brand-new season of the show!

Surely being on two similar shows would have been a lot of work for this American Idol alum, so she’s just picking one for the upcoming season. Stateside, EGOT winner John Legend will be taking up her chair on The Voice for Season 16.

We are excited to see what Hudson does during this brand new season and wish her the best of luck!

Watch some of her great moments on The Voice UK below!