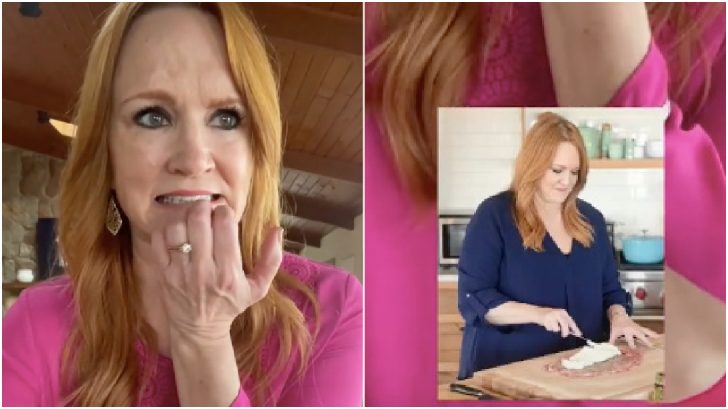 Pandemic pounds are the real deal. Over a year of lockdown, lots of boredom baking and a whole lot of eating have caused many of us to put on a few unwanted pounds. The good news is that it’s never too late make changes.

Over the weekend, Ree Drummond, the Pioneer Woman herself, revealed a dramatic 38-pound weight loss. In a post made to her Instagram stories and TikTok, the 52-year-old star admitted that the pandemic affected her diet and she had decided to get it back under control. Perhaps the most impressive part of her weight loss journey was that she only started it in January!

“I can’t get away from food and I love to eat. Of course it crept up on me through the years, especially during COVID,” Drummond shared. “Starting in January, I decided to get busy and lose some weight. No gimmicks at all. I just cut calories, exercised more, lifted a lot of weights. I look better but I feel so much better and that’s what really counts.”

Although Ree doesn’t mention it in her latest post, it’s hinted in a blog post that the wedding of her oldest daughter, Alex, likely motivated her on her journey. Alex married her longtime boyfriend, Mauricio Scott, May 1st on the family’s Oklahoma ranch. It’s safe to say that the mother of the bride rivaled the bride for the spotlight in a gorgeous Jovani dress inspired by the Real Housewives of New York.

“…After sifting through lots of glittery, sequined, strapless, and glitzy options, I finally found a Jovani dress that looked like it might work. It had an allover soft blue scrolly pattern against a nude shell, and what really stood out to me were the sleeves, which were neither long nor short. Instead, they were open on the underside and gave the impression of a cape or shawl,” Ree wrote. “I ordered it in the size I wanted to be (or thought was realistic) by the wedding, then stuck it in my closet.”

Watch Ree’s dramatic reveal in the TikTok video below.

Moving more and building muscle has been the key for me! ? I still love fries, though. ##fyp