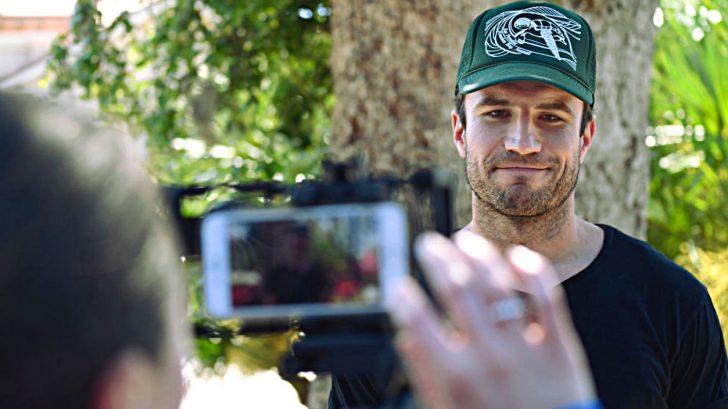 If you paid close attention to the ACM Awards, you noticed that far more nominees were missing than just Chris Stapleton. We learned early on that Stapleton was going to be a no-show at the awards, since his wife just gave birth to twins.

Stapleton ended up going home with two awards: Album of the Year and Male Vocalist of the Year. Each time, the presenters accepted the awards on his behalf since he couldn’t be there.

But other artists were surprisingly absent as well. Entertainer of the Year nominee Garth Brooks appeared to be nowhere in sight. Tim McGraw and Faith Hill, frequent awards show attendees and Vocal Duo of the Year nominees, were also missing.

Where Was Sam Hunt?

Since McGraw, Hill, and Brooks didn’t have to accept awards, you probably didn’t notice their absences. But if you watched the show, it would have been near impossible for you to miss the fact that Sam Hunt wasn’t there.

Hunt’s absence was felt more than many of the others’ because he actually won an award. That award was Single Record of the Year, which he won for his record-breaking hit “Body Like a Back Road.”

Just as early presenters did for Stapleton, the presenters accepted the award on Hunt’s behalf since he wasn’t there.

While everyone was understanding about Stapleton being unable to make the show, they weren’t so kind to Hunt. Many frustrated fans took to social media to express how upset they were that Hunt was a no-show.

“Not really surprised Sam Hunt didn’t show…” wrote one ACM Awards viewer, also referencing Hunt’s headlining appearance at the 2017 Taste of Country Music Festival. Hunt backed out of his performance a few hours before the show, citing illness as the reason.

He is now set to headline the 2018 edition of the festival.

Not really surprised Sam Hunt didn’t show at the ACM awards. He really is making a good impression on us New Yorkers. First toc, now this? Go away.

But the majority of those that tuned in were simply upset that Hunt was missing because they genuinely wanted to see him.

This May Be Why He Was Missing…

However, Hunt did at least plant the idea that he might not make it to the ACM Awards. During an interview with radio station Country Hank 97.1 FM on Friday (April 13), Hunt said he may not be able to attend the ceremony.

So what’s the likely reason why Hunt skipped out on the awards? It turns out that his tour manager’s wedding was the day before:

“He’s getting married so I’m juggling a few things this weekend,” he said. “So I’m not one hundred percent sure that I’m going to be able to make it out for all of the festivities because he’s getting married down in Georgia the day before and I’m in the wedding.”

After this article was written, Hunt took to Instagram to confirm that he missed the ACM Awards because of his tour manager’s wedding. In the post, he also expressed how grateful he was to receive the Single of the Year award.

Thank you Academy Of Country Music for the award for Single of the Year. I was celebrating the marriage of my long time friend and tour manager John Worthington. This made the weekend extra special. See y’all next year!