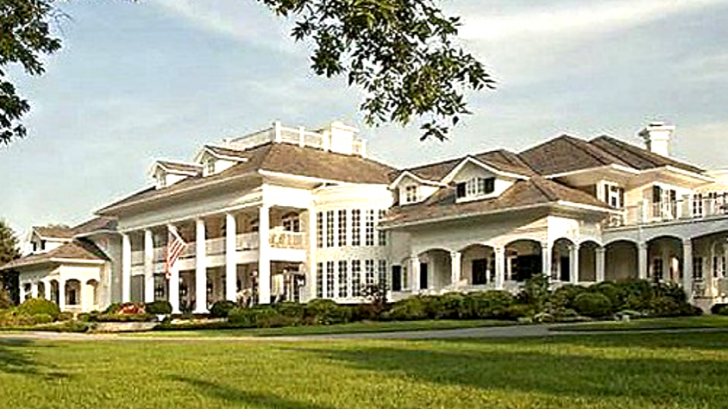 Shortly after shooting to stardom Alan Jackson built himself a luxurious lakeside mansion in the affluent rural community of Franklin, Tennessee.

Spanning over 135-acres, Sweetbriar Estate is a picture of luxury. While designing the dream home for him and his wife to raise their children in, Jackson was inspired by classic film Gone With the Wind as well as the elaborate southern plantation-style homes of Georgia which he grew up around.

Some the homes amenities include a formal dining room, a formal living room, a home office with maple floors, a family room with 22 ft. ceilings, a home theatre, a custom made pub, four bedroom suites on the second floor alone, and a gourmet kitchen.

However, while the home is no doubt gorgeous, Jackson and his wife sold the mansion in 2010 to downsize after their daughters had gotten older for upwards of $28 million.

You can take the full inside tour of the luxurious mansion below!