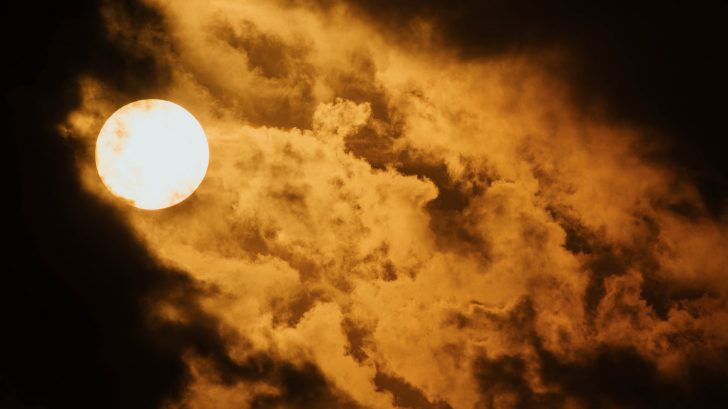 A super-rare full moon event is happening this Friday – and it will be the last time for another 20 years…but it carries a lot of superstition with it.

This September, on Friday the 13th, the Harvest Moon will light up the night sky and shine brighter than any other day of the month, but this day of the month is considered the most unlucky.

What are your plans for the Full Moon on Friday the 13th? * * * (A lot of people have posted this but I don't know who created it. Please DM for credit.) * #witch #witchesofinstagram #witchesofla #witches #witchcraft #solitarywitch #socialmediawitch #witchmemes #witchy #newage #witchywoman #witchlife #witchaesthetic #pagan #magick #fullmoon #harvestmoon #fridaythe13th

Traditionally, the “Harvest Moon” is the moon which occurs closest to the fall equinox – which lands somewhere around September 21st. This year, the equinox will begin on September 23rd, at 3:50 am EST.

The name of the Harvest Moon is symbolic because long ago, farmers who needed to work late into the night would be guided by the bright glow of the harvest moon to prepare for the winter ahead.

Harvest Moon on the rise. pic.twitter.com/m9ZN3GPhYL

Friday The 13th, which is often believed to be the most unlucky day of the year, has borne many superstitions, wives tales, and fear in many. If you pair this with the Full Harvest Moon, some folks tend to believe that this will be a very bad day in the world.

For years, myths have abounded about the odd behavior brought out by the full moon and pairing this with the most superstitious of all days means that people might be a bit on guard.

While studies have shown that seizures, crime, and heart surgery outcomes have no conclusive link to the full moon – some pet owners might want to avoid letting their black cats out under the full moon.

A 2007 study published in the Journal of the American Veterinary Medical Association stated that emergency vet visits for cats soar by nearly 25% in the days around a full moon.

Enjoy the bright beautiful light from the Full Harvest Moon this Friday, and keep your pets safe!