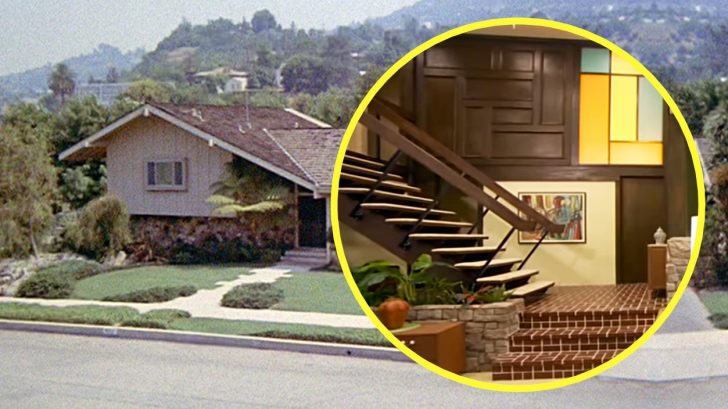 More than 50 years after The Brady Bunch first aired on television sets across America, the iconic home in the Hollywood Hills has been completely overhauled from its original look – and given a new lease on life…in a very “Brady” fashion.

The now-iconic sitcom that featured America’s favorite family, The Brady Bunch, became a hit across the states with its hilarious plot and family-forward storyline. The blended family, including six children, all lived under one roof in a large, suburban, two-story home in Los Angeles.

But, while the show made the home appear to be big enough to house all of the members of this massive family – the reality is that the house was just a single-level home and only had a few of the rooms often shown on screen.

But with a little elbow grease (and a lot of cash), HGTV took on the huge project of turning back time on this famous house – and restoring it to the 70s splendor that it showed the world on television.

The network purchased the home for $3.5 million in 2018 and brought in all six of The Brady Bunch kids along with eight of their most-talented home improvement hosts (like the Property Bros.). Together, they worked tirelessly to recreate the home into exactly what you saw on television.

HERE’S THE STORY OF A LOVELY LADY: On my way home today, I passed by “The REAL Brady Bunch House”. I had no idea it was this close. It’s on a very small, unassuming street. There were two security vans parked outside. I’m sure the neighbors aren’t thrilled with the renewed interest of the place, due to the renovation of the inside to recreate the interiors from the show. However, I was happy to see the place, considering I was a fan of the series – so much so, I wanted to have six children…three girls and three boys, of course. ????? #thebradybunch #bradybunchhouse

In order to do this, though, they had to add on more than 2,000 square feet to the back of the home. Obviously, this made the yard much smaller than the show, but the house remained a carbon copy.

Now, HGTV has remodeled each part of the home and filmed it all! Their new show, A Very Brady Renovation airs this fall, but we have a first-look inside the home before the rest of the world sees it!

Check out Good Morning America’s showcase tour below and let us know what you think of the job they did!