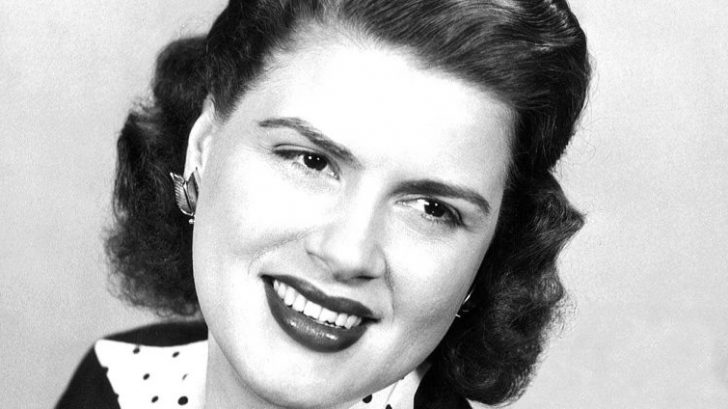 The Successful & Short Life Of A Country Music Legend

Patsy Cline is regarded as one of the most successful and influential country artists in history. With her beautiful voice and timeless songs such as “Crazy” and “She’s Got You,” Cline helped pave the way for female artists in the genre, and continues to serve as an inspiration to many.

Got this Patsy Cline CD set for Christmas. It contains her entire Decca studio masters from 1960 to 1963. This was the music that started the country-pop movement. Future pop crossover stars like Dolly Parton, Shania Twain and Taylor Swift wouldn't exist without Patsy. pic.twitter.com/1QdOts8uoj

In 2002, CMT named Cline as the greatest female country singer on its 40 Greatest Women of Country Music special. Rolling Stone also honored Cline by placing her in the 46th spot in its issue on the 100 Greatest Singers of All Time.

Cline managed to earn her iconic status with only three studio albums and a small collection of singles. That’s because on March 5, 1963, she lost her life in a plane crash while flying back to Nashville from Kansas City.

Her manager Randy Hughes and fellow Grand Ole Opry stars Hawkshaw Hawkins and Cowboy Copas were all lost in the crash as well.

After news broke of Cline’s passing, her fans and friends came forward with some of their last memories of her. Look below to learn more about the final moments in her life…a life that was far too short.

Her Final Call To Perform

When the popular DJ “Cactus” Jack Call passed away in January 1963, a benefit concert was set up in Kansas City to help raise money for his family. Tickets for the benefit had not been selling well, so the promotor convinced Cline’s manager to add her to the lineup, which also included Dottie West, George Jones, and Roy Acuff.

The above video is not from the benefit concert, but is from one of Cline’s final performances, which occurred on The Glenn Reeves Show on February 23, 1963.

West was one of Cline’s closest friends, and she said she will never forget watching her perform for the last time:

“I walked out and watched the shows, and I will never forget that gorgeous white chiffon dress she wore. I thought, ‘My God! She sings like an angel, and she looks like one.’ She was just beautiful.”

The above photo shows Cline performing during the benefit, which took place on March 3, 1963, two days before she left this world. It is one of the last-known photos of her.

Change In The Weather

It was rainy and foggy on the day of the show, which made conditions too dangerous for planes to take off.

Cline ended up turning down West and her husband’s offer for a ride in their car, feeling that the plane would get her home faster. She hadn’t been feeling well, was extremely tired, and simply wanted to get home to see her two children, Julie and Randy.

Cline had been trying to get back home to Nashville for two days before the rainstorm finally passed. She and the others were able to board the plane and took off in the early afternoon on March 5.

But they couldn’t escape the storm completely. Hughes, who didn’t know how to fly using instruments, landed the plane every time the weather got too rough for him to handle.

The plane made its last stop in the town of Dyersburg, Tennessee, where the airport manager warned Hughes that it wasn’t safe to take off. He was determined to give it a try, and even refused the manager’s offer to loan him his car.

He refueled the plane before he took off and went back into the storm around 6:07 PM.

According to Cline’s watch, which had stopped and was eventually recovered from the scene of the crash, the plane went down 13 minutes later, at 6:20 PM.

Cline’s body was recovered from the wreckage, and she was laid to rest at Shenandoah Memorial Park in her hometown of Winchester, Virginia.

West and fellow country star Loretta Lynn had a bell tower placed at the cemetery in Cline’s memory, which plays hymns every day at the hour of her passing.

May you rest in peace Patsy Cline. You are so dearly missed.