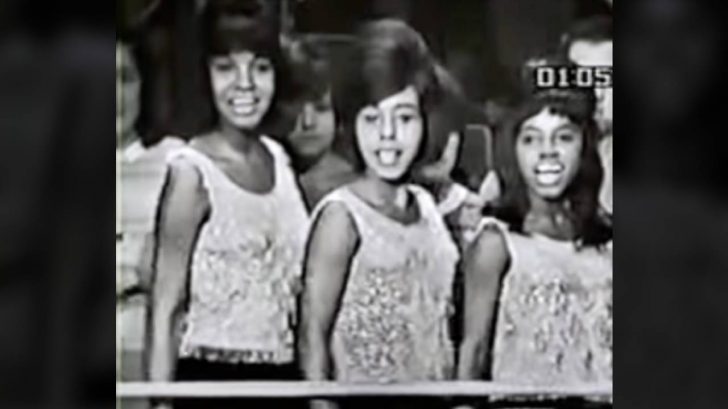 In the 1960s, there was hardly a group more popular than the girl pop group The Dixie Cups. The trio consisted of sisters Rosa Lee Hawkins and Barbara Ann along with their cousin Joan Marie Johnson.

Their debut single was “Chapel Of Love” which climbed the charts all the way to number one in less than two months. They followed up that success with “People Say,” “You Should Have Seen the Way He Looked at Me,” “Little Bell,” and “Iko Iko.”

In total, they released four albums, 11, singles, and five compilations, before hanging up their microphones. In 1974, the Hawkins sisters moved to New York City and pursued successful modeling careers. After Johnson left the the group, Beverly Brown replaced her so the group could continue as a trio. In the early 80s, Brown became ill and was then replaced by Dale Mickle. Up until recently, the Hawkins sisters continued to perform with Athelgra Neville, the sister of the Neville Brothers.

Sadly, one of the Hawkins sisters passed away on January 11th from complications during a surgery at Tampa Bay General Hospital. Barbara confirmed her sister, Rosa’s death, according to The Boot. She was born on September 24, 1944, making her 77 years old.

Just learned Rosa Hawkins has passed. She was a founding member of the Dixie Cups. Had mega hit with Chapel of Love and Iko Iko. pic.twitter.com/atbDtHpKMN

Our thoughts and prayers go out to her family and friends.