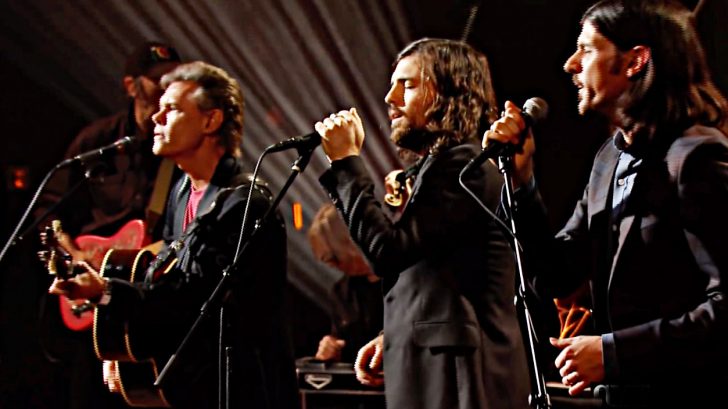 Way back in 2012, Randy Travis joined forces with a superstar folk-rock band to create one of the most impressive and chilling renditions of “Three Wooden Crosses” the world has ever heard.

Travis worked with CMT on this once-in-a-lifetime project as part of their genre-bending concert series, CMT Crossroads. Together, they carefully selected The Avett Brothers as his collaboration partners and got to work on the music – which would feature a selection of songs from both artists’ catalogs that blended their sounds in all new ways.

One of these special collaborations was of Travis’ cherished 2002 chart-topping hit, “Three Wooden Crosses.” The song, which has sold millions upon millions of copies worldwide, has often been known as one of the most prolific and memorable country songs to emerge from that time.

Pairing the harmonies and decadent folk sounds of The Avett Brothers with Travis’ iconic voice was a recipe for magic and unforgettable music.

Taking the stage for this concert, Travis, and both Avett brothers proved their commitment to making incredible music when they delivered a haunting and unforgettable rendition of this beloved song.

Take a listen to their recording below and let us know how many times you hit repeat!