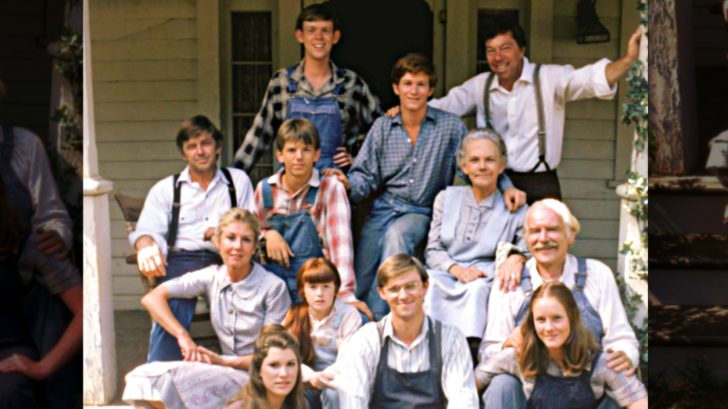 The Waltons captured the heart’s of viewers and ran for nine seasons, but what happened to the actors who played the family’s seven children?

The Waltons was a classic American drama that followed the life of a tight-knit family during the Great Depression and World War II. The show was filmed from the viewpoint of John Boy and based on the book Spencer’s Mountain.

Here’s where the children from The Waltons are now:

Outside of The Waltons, Thomas has maintained a very successful career as an actor. Thomas played the lead in the original miniseries adaption of Stephen King’s It. He also recently landed a major role on the FX spy series, The Americans.

Even in her 20s, Norton had difficulty shaking the industry’s perception that she was a child actress. To shed her good girl image, the actress posed nude for Playboy in the eighties. The actress also fell in love with skydiving, and at the time, broke several formation records. Norton has continued acting and also released an album in 2016 called Reflections.

The British actor often carried a six-string in his hand while playing Jason on The Waltons. After the show, Walmsley stuck to his music roots. He is a multi-instrumentalist and songwriter. The actor, who also provided Christopher Robin’s voice in Winnie the Pooh, eventually moved back to England.

In 2018, Christmas on Honeysuckle Lane aired on Hallmark, adapted from a book written by McDonough. In the film, McDonough portrayed the role of Caroline Reynolds. Fans can also catch the actress in the medical reality show McDougall M.D. and on Christian network TBN.

Cotler left acting for a career in education. Ironically, at one point, Cotler taught in rural Virginia. Currently, she serves in the Los Angeles area as a Director of Strategic Initiatives for Environmental Charter Schools.

Harper chose to step away from acting to care for his father, fellow actor Paul Harper. To this day, Harper lives a very private life.

The Waltons’ children are all grown up! For more on the cast then and now, check out the video below!