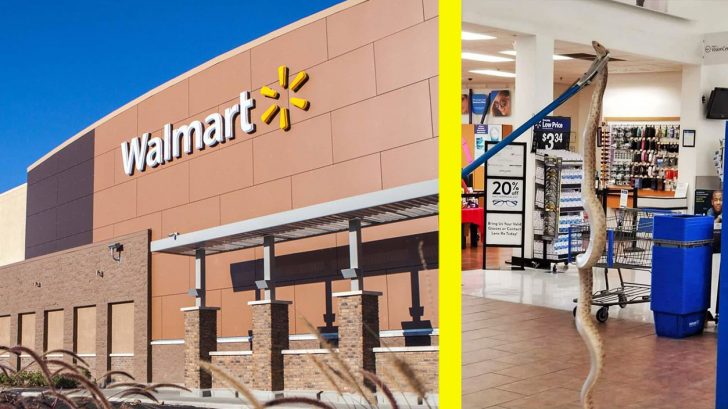 On August 7, 2020, employees at a Walmart in Odessa, Texas, discovered an unusual customer in their store. CBS7 news reported that the snake was found in the store while employees were doing a routine walkthrough.

Luckily, the Odessa Animal Control came to the rescue and removed the snake from the store. Thankfully, neither the snake nor people were hurt. Officials didn’t identify what type of snake it was.

❗CREEPY-CRAWLER ALERT❗This snake was found Wednesday morning at the eastside Walmart in Odessa! Walmart told me that…

This isn’t the first time a snake was discovered at a Walmart in Texas. Back in June 2019, a Marshall, Texas police officer captured a snake in a Walmart parking lot. According to a Facebook post, the officer stopped the creature from slithering around the lot after it had prevented a woman from entering her truck.

So this just happened Thanks officer rigsby saves the day .snake was slithering around and wouldnt let this lady in her truck and they called marshall pd to the rescue.

But even that’s not the only other time a snake has appeared at a Texas Walmart. The month before, a rat snake was found in a shopping cart at the Cross Roads, Texas, storefront. A cart attendant was collecting carts, and found the snake that had worked its way into a group of shopping carts that had been sitting in a return area.

Posted by Northeast Police Department on Saturday, May 25, 2019

According to the Department of Wildlife Ecology and Conservation’s website:

“The vast majority of encounters between people and snakes are with non-venomous, harmless snakes. If you encounter a snake, try your best to remain calm. Snakes would rather not encounter humans, and it is probably as scary for them as it is for you.”

They recommend that you leave the snake alone whenever possible and calling animal control if you’re unsure what to do.

For more information on what to do during snake encounters, watch the video below.