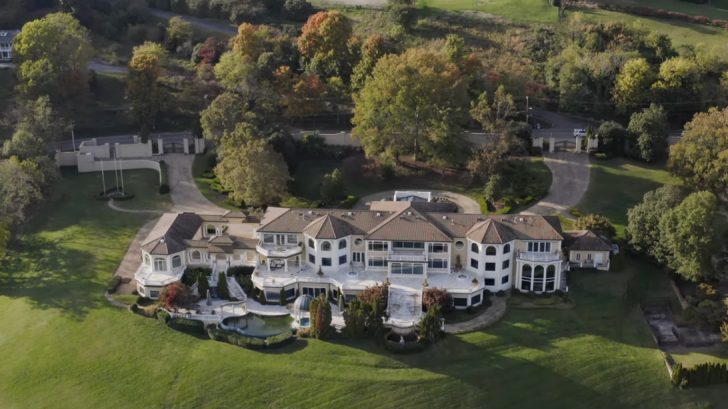 Built in stages between 1993 and 2000, the Italian-style mansion that sits on the banks of the Tennessee River measures more than 40,000 square feet and features 86 rooms, including a $5 million master bedroom that was featured on HGTV’s “Million Dollar Rooms.” The master included ornate touches such as gold inlay crown molding, Swarovski crystal chandeliers imported from Italy, handmade imported silk window treatments and doorknobs valued at $200,000.

In the past decade the mansion has seen numerous owners. In 2011, the home was sold to former Miller Energy CEO Scott Boruff for $9.5 million. Five years later the home sold for $6.375 million with the new owner investing around $3 million for energy efficient upgrades.

In 2020, Villa Collina was sold to Resolution Systems LLC for $11 million before being acquired by LView Properties for $6.5 million in October 2021. The new buyers bought the property so that it could be torn down and subdivided into three lots. An auction took place in December to sell items from the home prior to its demolition.

Demolition will begin Monday once Knoxville Utilities Board ensures all gas lines are empty. The demo is expected to take several days and will cost nearly $148,000.

Take a tour of Villa Collina prior to its demolition in the video below.