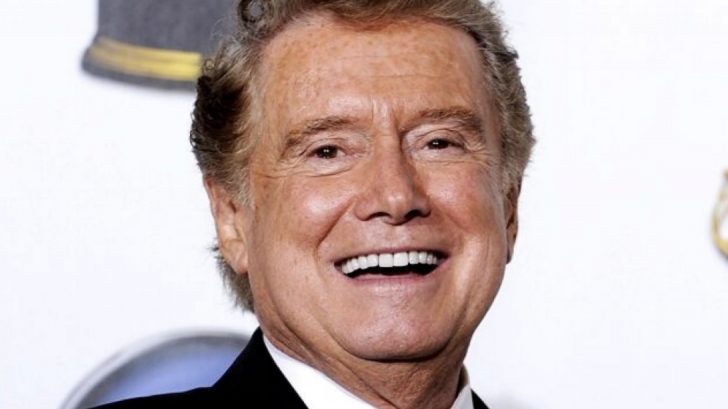 Beloved television personality Regis Philbin has died of natural causes. He was 88.

Philbin’s family shared the news through an exclusive statement to PEOPLE, saying:

“We are deeply saddened to share that our beloved Regis Philbin passed away last night [July 24] of natural causes, one month shy of his 89th birthday,” the statement shared Saturday read. “His family and friends are forever grateful for the time we got to spend with him – for his warmth, his legendary sense of humor, and his singular ability to make every day into something worth talking about. We thank his fans and admirers for their incredible support over his 60-year career and ask for privacy as we mourn his loss.”

Philbin’s television career began in 1967 when he appeared on The Joey Bishop Show and served many years as a talk show host in different small markets across the country, but he became a household name when he took the job of co-host for the nationally syndicated talk show Live! with Regis and Kathie Lee in 1988. He hosted the show alongside Kathie Lee Gifford until 2001 until Kelly Ripa took over as his co-host. Philbin remained with the show until his departure in 2011.

Regis Philbin was also a popular game show host and hosted the original U.S. version of Who Wants To Be a Millionaire?, the first game show to offer a million dollar prize. He also hosted Million Dollar Password and the first season of America’s Got Talent.

Over the course of his career, Philbin earned two Daytime Emmy Awards for outstanding talk show host for Live!  (2001 and 2011) and was named outstanding game show host for Who Wants to Be a Millionaire. He received a Hollywood Walk of Fame in 2003, a Lifetime Achievement Award from the Daytime Emmy Awards, and holds the Guinness World Record for the most hours on U.S. television.

Many of Regis Philbin’s friends, fans and former co-workers took to social media to pay tribute to him, including Kelly Ripa and Kathie Lee Gifford.

We are beyond saddened to learn about the loss of Regis Philbin. He was the ultimate class act, bringing his laughter and joy into our homes everyday on Live for more than 23 years. We were beyond lucky to have him as a mentor in our careers and aspire everyday to fill his shoes on the show. We send our deepest love and condolences to his family and hope they can find some comfort in knowing he left the world a better place. – Kelly and Ryan

There are no words to fully express the love I have for my precious friend, Regis. I simply adored him and every day with him was a gift. We spent 15 years together bantering and bickering and laughing ourselves silly—a tradition and a friendship we shared up to this very day. I smile knowing somewhere in Heaven, at this very moment, he’s making someone laugh. It brings me great comfort knowing that he had a personal relationship with his Lord that brought him great peace. I send all the love in my heart to Joy, to his children, to the rest of his family and to the innumerable people he touched over his legendary life. There has never been anyone like him. And there never will be.

Philbin is survived by his wife of 50 years, Joy, and their two daughters J.J. Philbin and Joanna Philbin. He was also father to daughter Amy Philbin and son Daniel Philbin whom he shared with his first wife, Catherine Faylen. Daniel died in 2014.