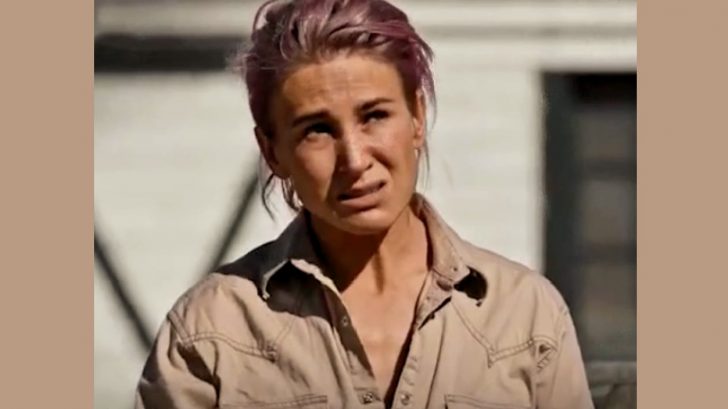 The fourth season of Yellowstone has delivered many surprises and twists. There were plenty of jaw-dropping moments in Episode 7,  “Keep the Wolves Close.” The new episode aired on Sunday night (December 12).

We’re going to recap the entire episode here for y’all. So take this as your warning…don’t keep reading if you don’t want to anything spoiled for you.

Starting off at the Four Sixes ranch, we see Jimmy helping a vet tech with one of the horses. Jimmy seems less-than-pleased about the messy task he has to partake in, but seems to hit it off with the vet tech, named Emily (a new character portrayed by Nashville actress Kathryn Kelly).

Back at the Dutton ranch, Rip convinces Carter to apologize to Beth. But when Carter presents some flowers to Beth as an apology, she isn’t impressed. They eventually patch things up after Beth makes Carter promise he’ll never lie to her and that he’ll do whatever she tells him to.

Meanwhile, there continues to be a little tension between Kayce and Monica. Monica is jealous about a woman named Avery, and she has a reason to be. Avery later confesses to Kayce she had fallen head-over-heels for him as soon as she met him.

We then follow Beth to her new office at Market Equities. While there, she realizes the company has extensive plans to build resorts, roads, and condos alongside the new airport. These plans threaten her family’s ranch, and she realizes she has to bring them to a stop.

Not a great first day on the job. #YellowstoneTV pic.twitter.com/bUclPLrZAL

We're here for Teeter fighting for her job. #YellowstoneTV pic.twitter.com/6THSe3Jwiz

Also, John was unaware that Teeter had been branded. When she reveals this to him, he changes his mind and tells her she can stay on the ranch. He also tells Laramie that she can stay too.

Many Yellowstone fans surely breathed a sigh of relief after Teeter’s fate was revealed. People love her and didn’t want to see her leave the show!

After bickering for most of this season, Llyod and Walker finally make amends. Lloyd goes to a pawn shop and picks up a new guitar for Walker. After receiving the new guitar, Walker plays a song for Lloyd and they appear to be on good terms once more.

The episode’s biggest surprise comes when John makes plans to run for the governorship. Current Governor Lynelle Perry tells John that his son, Jamie, plans to run for governor, and she plans to endorse him. That is, unless John wants to run for office himself.

John is not thrilled about the idea of running for governor, but figures it has to be done to keep Jamie away. He has second thoughts, and tells Beth to convince him not to run. But she is all for the idea. She mentions how he’ll be able to stop all the projects that threaten their ranch if he ends up getting elected.

In a dramatic conclusion, we see Jamie entering Governor Perry’s press room under the impression she was offering him her endorsement. But he sees John and Beth are there, and Governor Perry steps up to announce her endorsement for John as governor. Needless to say, Jamie was shocked.

Tune in to the clip below to watch a sample of scenes from the episode.

Viewers have a lot of questions about what the future has in store for the characters of Yellowstone. Who will win the governorship, John or Jamie? Will Avery continue to drive a wedge between Kayce and Monica? Will Walker and Lloyd remain on good terms? Only time will tell what will happen next.