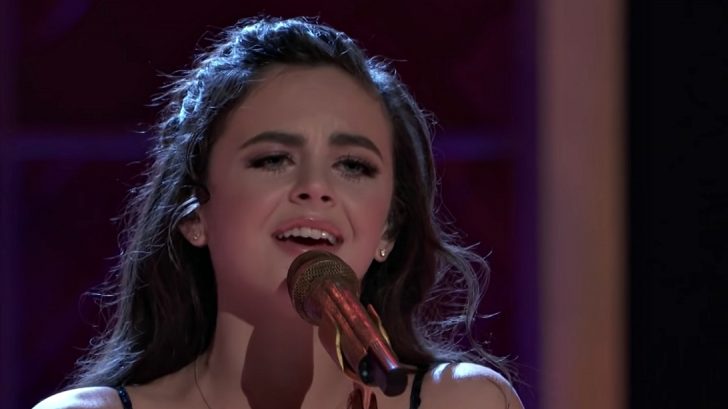 The Voice season 15 is quickly coming to a close so the remaining eight contestants are stopping at nothing in hopes of making it to next week’s finals. During Monday night’s episode, the semi-finalists each performed two songs in an attempt to show America why they deserve to survive Tuesday brutal cuts that will leave only four standing.

One of this season’s dark horses is 16-year old Chevel Shepherd. The country singer has consistently delivered stellar performances week after week, but has been overshadowed by some of the show’s more seasoned contestants. Monday night Shepherd made it clear that she’s here to win. The New Mexico native and member of Team Kelly delivered her best performance to date when she covered “Blue,” the song that put LeAnn Rimes on the country music map in 1996.

Chevel Shepherd won our hearts, and earned a 3-chair turn, with her performance of The Band Perry’s “If I Die Young” during her Blind Audition. After a heated battle between coaches Kelly Clarkson and Blake Shelton, Chevel eventually chose to be mentored by last season’s winning coach, Kelly.

“This is no secret. I’ve been dying to get a female country singer,” Clarkson told Shepherd. “You float that line perfectly…kind of in the pop world as well.”

Hear Chevel Shepherd sing “Blue” in the video below and let us know if you think she’ll advance to next week’s finals!