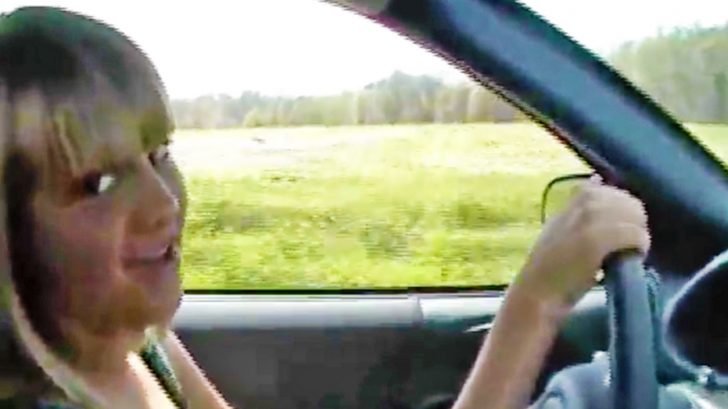 In recent years, carpool karaoke-style videos have become all the rage, but there were several people who were doing it before it was a huge fad. One of those people was then-16-year-old Taylor Bound, a high schooler from Illinois who loves country music.

This video was uploaded to YouTube in 2010, several years before the fad began thanks to James Corden’s late night talk show sketch. While driving in her car, Taylor turned the volume to her stereo way up and began to sing a classic country tune many of you will recognize, Crystal Gayle’s hit “Don’t It Make My Brown Eyes Blue.”

From the second she starts singing, we were extremely impressed with the tone of her voice and could recognize her talent right away.

In the comments of the video, Taylor revealed that she recorded the song and was filmed singing along to the recording of herself. She matched the audio and video to come up with this fun music video-style version of the performance. Although this technically isn’t a live performance, you can tell that she didn’t enhance her voice in any way during editing and is still incredible!

History of The Song

Gayle released “Don’t It Make My Brown Eyes Blue” in March 1977 as the first single off her album We Must Believe in Magic. It remains her biggest crossover hit, hitting the number one spot on the Billboard country chart, number two on the Hot 100 chart, and number one on the Cash Box Top 100.

While Taylor hasn’t uploaded a video to her YouTube channel in a couple years, we think she has an incredible talent that she should continue sharing with the world.