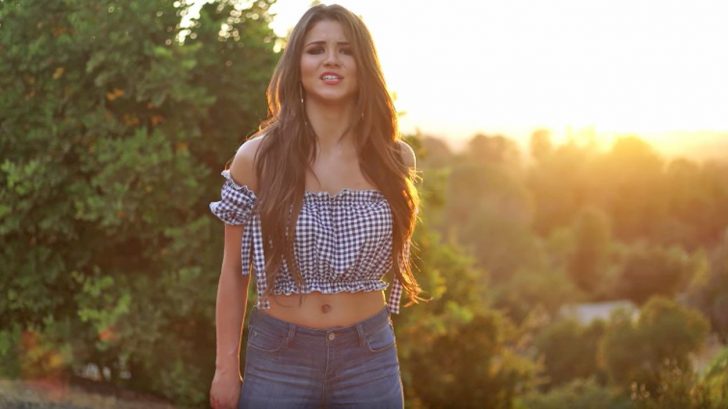 Standing in the middle of a scenic forest, a talented young teen gives Dolly Parton a run for her money with a fiery rendition of ’70s country hit “Jolene.”

43 years ago today, @DollyParton went No. 1 on the @billboard country chart with #Jolene. ? #tbt pic.twitter.com/R3qcuHgtXa

Talented young artist by the name of Brieanna James showed off her killer vocals in her pure country rendition of Parton’s classic in her scenic video featuring the brunette beauty singing in a forest. The Mississippi-native took a feisty approach to “Jolene,” sending a warning to the woman with infamous “flaming locks of auburn hair.”

18-year-old Brieanna is in hot pursuit of a career in country music, even working with hitmaker Kelsea Ballerini and songwriter Michael Krompass on a song of her own. It’s surely only a matter of time before her original songs start making it on the radio – especially with a voice like that.

Singing/playing my original song “HERO” ?alongside @cameronstymeist at the “CamBrie” Sessions. ❤️ Get it? CamBrie… as in Cam and Brie. ?? #weclever Comment your thoughts! ?

You can watch her rendition of “Jolene” below.