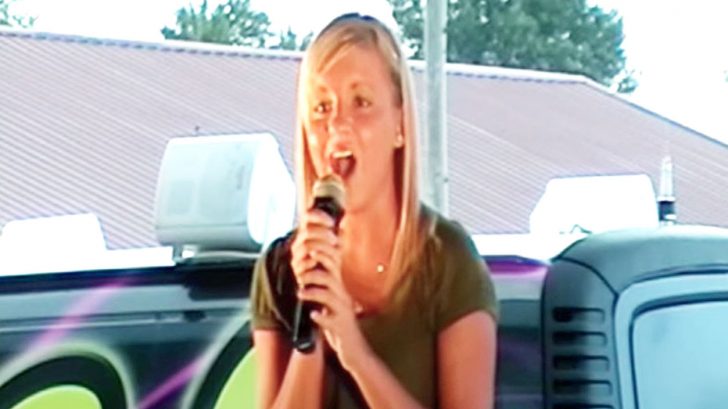 The History To “Fancy” You May Not Know

Today, everyone seems to know “Fancy,” as a Reba McEntire song. That’s only fitting, considering the fact that McEntire scored a Top Ten hit with it in 1991.

While “Fancy” is one of McEntire’s signature songs, it wasn’t originally hers. In fact, its original artist recorded the song over two decades before McEntire did.

Only the most diehard country fans know that Bobbie Gentry was the first to sing “Fancy,” which she wrote. Gentry’s recording was released in 1969, and while it was a crossover hit, it never climbed higher than the 26th spot on the Hot Country Songs chart.

Since McEntire’s version charted higher, her stylistic approach to the song is the one that most mimic today. It’s the same approach that one young singer named Taylor Bound used when she sang “Fancy” during a singing contest at the Pulaski County Fair in Illinois in 2010.

While we can’t be certain how old Bound was at the time, we do know from another video on her channel that she graduated high school in 2012.

Based on that, she was still a young teen when she was rockin’ the stage singing “Fancy” at the county fair.

Bound’s performance got off to a rough start that day, but she took it in stride. According to the description under the video of her “Fancy” cover, Bound was experiencing some problems with her microphone right at the start of her performance. But she didn’t let those tech issues bring her down, and fought through them to end up delivering a powerhouse rendition of “Fancy.”

When you watch Bound sing “Fancy” below, you’ll be amazed to hear the extent of her range. She was capable of reaching the lowest of low notes and sang them with just as much punch as she did the highest of high notes.

If you’re a fan of “Fancy,” Bound’s cover is one you don’t want to miss out on watching. You’re in luck, because we have the video of it right here.

This gal is sure to go places with a voice like that!