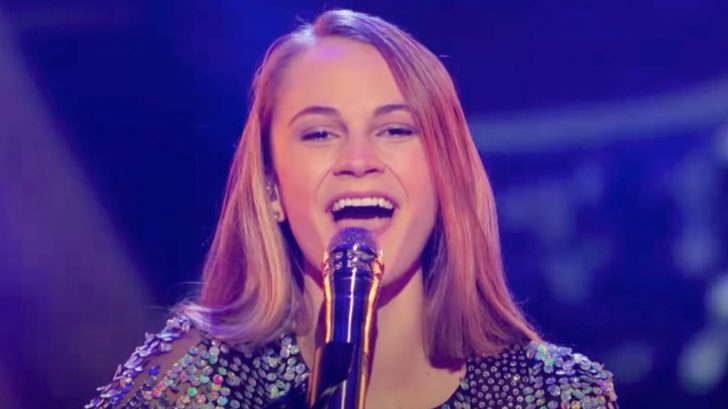 Kenadi Dodds was only 15 years old when she auditioned for the 15th season of America’s Got Talent. She impressed the judges with her performance of an original song titled “One-Way Ticket to Tennessee.”

All of the judges agreed that Dodds deserved to continue in the competition, and voted to send her to the next round.

As the season progressed, Dodds continued to wow the judges and AGT viewers with her performances. She managed to land in the Top 10, and was given the opportunity to compete during the Season 15 finals.

For her finals performance, Dodds opted to deliver a cover. She chose a song by one of the leading ladies in country music…Carrie Underwood.

The song Dodds picked to perform was “Love Wins.” Underwood released “Love Wins” in 2018 as the second single off her now-Platinum album Cry Pretty.

Listeners strongly resonated with “Love Wins,” as its message is about how love can conquer anything and bring people together. The song ended up peaking at the 11th spot on the Country Airplay chart and crossed over to claim the #83 slot on the all-genre Billboard Hot 100 chart.

Underwood, who was pregnant with her second child at the time “Love Wins” was released, later delivered an outstanding live performance of the song at the 2018 CMA Awards.

Any artist who decides to follow in Underwood’s footsteps faces a wealth of pressure. So Dodds was surely a bit anxious as she stepped on stage to deliver her rendition of “Love Wins” during the AGT finals.

But if the teen country singer was nervous, those nerves didn’t show during her performance. She delivered the song with power and emotion, proving why she made it all the way to the finals.

The judges lavished Dodds with praise after she finished singing. Judge Howie Mandel gave her quite the compliment, as he told her she had the potential to win the season.

To see why Mandel had such high praise for Dodds, tune in to the clip below to watch her sing “Love Wins.” When you hear her sing, you’ll find it hard to believe she’s as young as she is!