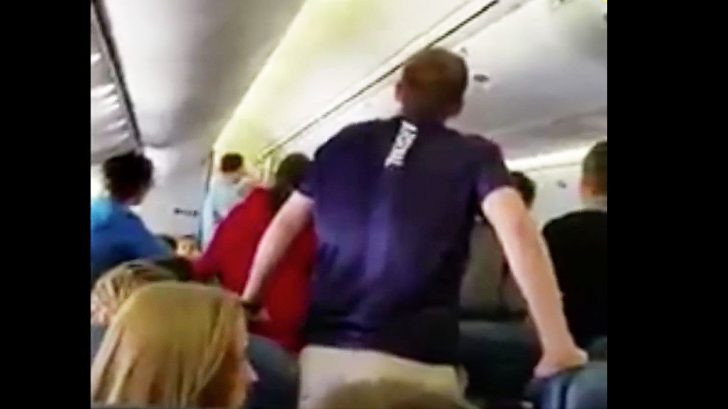 Passengers on a plane were struck with emotion and grief as a group of teens began to sing “The Battle Hymn of the Republic” as the remains of a fallen soldier were escorted off of their flight.

As a plane from Germany reached its destination in Atlanta, Georgia, passengers were informed that a special guest would be given the opportunity to exit the plane first in light of one heartbreaking task. Escorting the remains of a WWII soldier, an Army Private humbly exited the plane to a surprise that no one saw coming.

Various passengers rose from their seats and began to sing amidst the Private’s departure. The Iowa Ambassadors of Music Choir were passengers on board and chose to share their heavenly gift with fellow passengers, giving everyone present an experience they are sure to never forget.

The honorable act was done out of impulse and respect, as the choir had never crossed paths with this man until the time of this flight. The choir, led by their director, sang a harmonious and chilling rendition of “The Battle Hymn of the Republic” that you will likely remember forever.

ONCE IN AWHILE, WE ARE NUDGED BY HOPE AND WARMED BY PRIDE- A heartwarming tribute to fallen WWII soldier has been…

As the performance wrapped up, passengers erupted in applause for the kind-hearted performers and their noble gift. You can watch this heartwarming and incredibly emotional video below courtesy of Diane Hollifield Cupp.