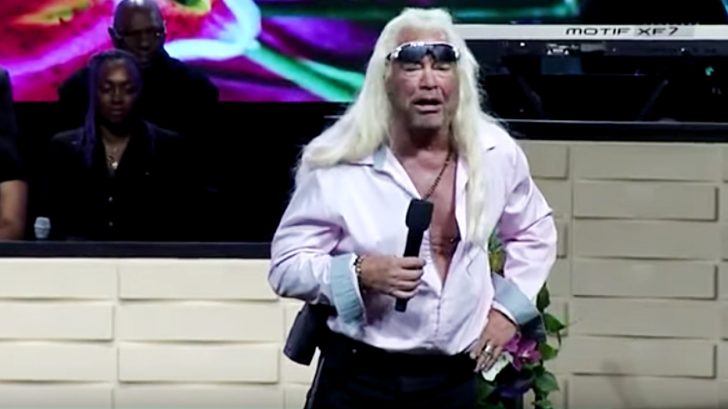 Previously, the Chapman family held a ceremony in Hawaii to honor Beth and announced that they would be holding another in Colorado on July 13th, 2019. Well, that one was even bigger than the first – and was filled with beautiful eulogies and statements from loved ones. They even had a gorgeous church choir sing beautiful songs in her honor.

But, the really impactful moment came when Dog took the stage for his eulogy to his soulmate and treasured wife.

The entire service was filmed and uploaded for mourners worldwide to watch and remember the woman that has touched so many lives.

Our hearts break for Dog Chapman and his family during this very difficult time – and it’s clear by his eulogy exactly how devastating this has been for him…no matter how much Beth tried to prepare him for it.

You can NEVER prepare for the death of a loved one.

Watch the full service below or you can skip to the beginning of Dog’s part by jumping to 1:37:00.