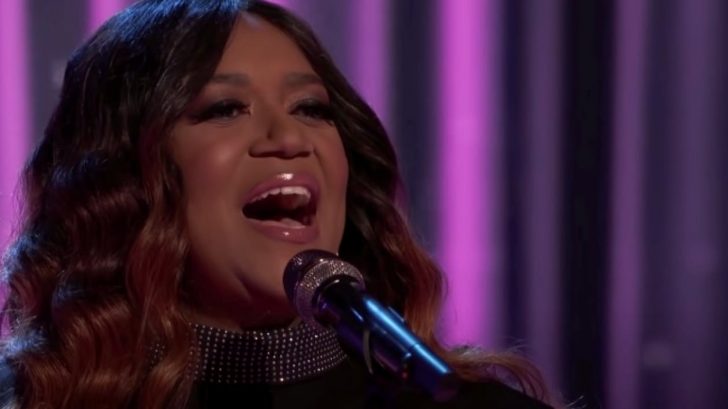 From the moment Blake Shelton heard Wendy Moten sing on The Voice, he knew she had star potential. He often remarked how he’s never seen an artist quite like her in the entire history of the show.

Week after week, Moten delivered one outstanding performance after the next. She even continued to perform after falling on stage, which ended in her breaking her right elbow and fracturing her left wrist.

Moten rose above that challenge and continued to advance on The Voice. She made it all the way into the finale as a member of the Top 5 alongside her Team Blake teammate, Paris Winningham.

As a member of the Top 5, Moten was tasked with delivering two performances during the Monday night show. Each artist sang a faster song and a ballad, with the latter song being one they dedicated to someone or someplace special to them.

For her fast-paced song, Moten chose Whitney Houston’s “How Will I Know.” As for her ballad, Moten selected the classic tune “Over the Rainbow” from The Wizard of Oz.

After all these years, Moten revisited “Over the Rainbow” for the Voice finale. It was a spectacular performance, one that coach John Legend called “flawless.”

Legend offered further praise, saying he has never “seen anyone with a gift like” Moten has.

Moten also received her fair share of compliments from Shelton, who called her a “world-class talent.” He reiterated what Legend said, commenting, “We’ve never seen anything like you on this stage in the twenty-one seasons.”

Check out the video below to watch Moten sing “Over the Rainbow.” She is clearly destined for great things!