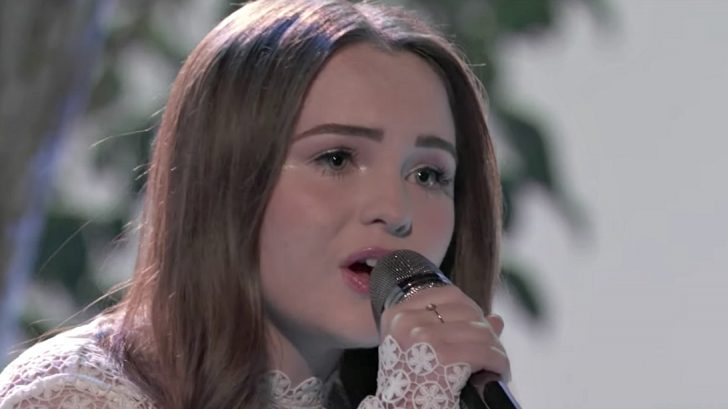 During Season 17’s Top 10 episode, the remaining contestants were challenged to perform a song that pushed their limits as an artist.

Team Blake’s Kat Hammock chose to cover a country-pop crossover from Shania Twain. “You’re Still the One” was Twain’s first crossover hit, although it never reached No. 1 on any chart. But, it did win her two Grammy awards and is considered one of the most successful and popular songs of her career with more than 2 million copies of the single sold.

So, the pressure was on for Kat Hammock when she chose to tackle such an iconic tune. The 18-year-old singer, who has been compared to Alison Krauss, offered a gentle, ethereal sound to “You’re Still the One.” For her performance, she stood center stage surrounded on three sides by a white box, of sorts. A large tree stood behind her and a guitar player on either side. The setting lent an earthy, tranquil vibe to the song…a perfect compliment to Hammock’s vocals.

Following her performance, Gwen Stefani called Hammock “magical” and said that she is the most original person currently on the show. Blake Shelton couldn’t sing the praises of his protege enough, saying, “I am running out of compliments for you. That has got to be my new favorite performance from you. It’s like, if that angel that people put on top of their Christmas tree could bust out into a song…that’s what it would sound like right there.”

Check out her performance in the video below.