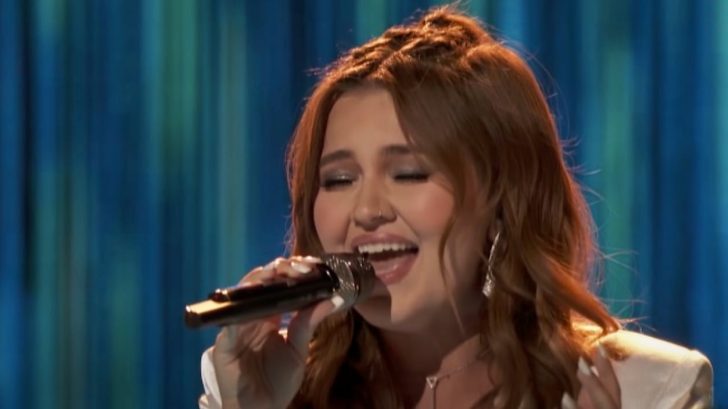 Carrie Underwood‘s “Something in the Water” is a powerful song. Its message of redemption resonated with listeners around the world, and it became a #1 country and Christian hit.

“Something in the Water” went on to win a Grammy Award for Best Country Solo Performance.

Voice star Lana Scott knew she had a lot to live up to when she chose to cover “Something in the Water” as a member of Season 21’s Top 8. But she rose to the occasion, and ended up delivering a performance that left many in awe.

Scott earned a lot of praise from coach John Legend, who said she has always been “consistent” throughout her time on the show. He also said her performance of “Something in the Water” was “inspiring.”

But Scott earned the greatest compliment from her own coach, Blake Shelton:

“I told you how important this week is for performances, and in my opinion, more important than the finale,” Shelton said. “And wow! You’ve been consistent all along, but you’ve never turned it up like that. That’s your best performance of the season!“

Scott beamed with happiness after hearing her coach’s comments. It’s obvious he believes in her and her talent!

Tune in to the video below to watch Scott’s rendition of “Something in the Water.” Don’t be surprised if you find yourself covered in goosebumps by the end of the song.