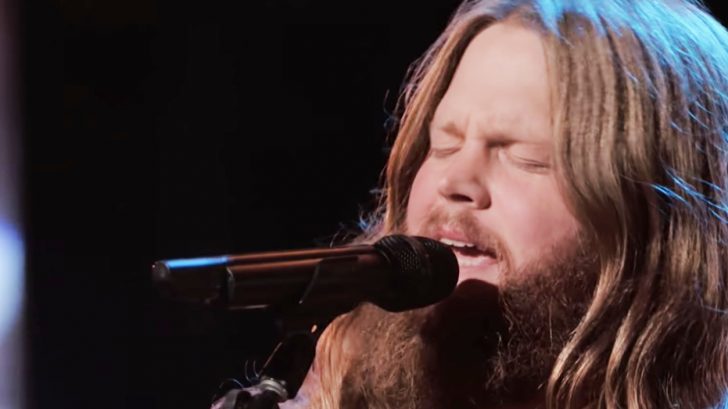 During The Voice‘s Season 15 Knockout Rounds, Blake Shelton was put in a sticky situation when both his competitors gave performances that could bring you to your knees. One of them was Chris Kroeze’s take on the vulnerable song, “Burning House.”

Kroeze was set to go against Michale Lee from Bedford, TX. Lee took “Whipping Post” by The Allman Brothers Band and stayed true to the rock-n-roll spirit of the song. Despite looking clean cut, he was able to give a full-throttle performance of the tune, putting Blake in a difficult position – not knowing who to pick to stay for the next round.

While Lee’s approach was rock-n-roll, Kroeze decided to take a more vulnerable song and give it his own masculine take.

Singer-songwriter Cam first released “Burning House” in 2015 after having developed her own appreciation for country music when spending time on her grandparent’s ranch. The song is a patient ode to the pain one feels when they wish they could make things right with a former lover.

Never Judge A Book By Its Cover

While the song was originally sung from a woman’s perspective – men have similar heartache as well. Kroeze’s performance was not only heart-shattering, but it was also believable – a rare thing during music competitions.

A Wisconsin native, Kroeze is the last person you would think to sing a slow-burning, emotion-packed ballad. Burly and bearded, you’d expect him to play a Metallica cover before you would think he’d cover a country song by Cam. That is why you should never judge a book by its cover.

Nice day for a walk in the woods #wisconsinwinter #frozenbeard

Standing on the stage patiently strumming his guitar, Kroeze’s first note shoots out at you – pulling you in from the start. His gritty, growling vocals give an untouchable realness to the song as his gentle rasp brings something beautiful to the painful lyrics.

You could feel the hearts in the room beating as he sang, “I had a dream about a burning house/ You were stuck inside/ I couldn’t get you out/ I lay beside you and pulled you close/ And the two of us went up in smoke.”

Jennifer Hudson was visibly moved by the singer’s vulnerability as Kelly Clarkson sang along and Blake Shelton looked like he was holding back tears the entire time. Adam Levine was bobbing along with the tune and constantly looking over at his fellow coaches’ reactions whenever Kroeze hit an impossible note.

In the end, Blake needed to let his decision be left up to fate and flipped a coin, keeping Lee on his team. But Blake wasn’t going to let Kroeze go that easily and he had one last trick up his sleeve – using his coveted “Save” on Kroeze to keep both artists on his team.

On to the LIVE ROUNDS!!! Who’s ready to vote!?!? @nbcthevoice @blakeshelton

Even if he had gone home, he would have done so knowing that he gave a performance no one could ever forget. You’ll be teary-eyed listening to the heartfelt ballad coming out of such a burly looking man as his voice grasps at your heart and won’t let go. Watch the full performance below and let us know what you think in the comments. 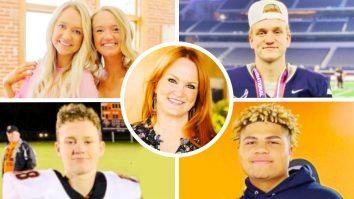