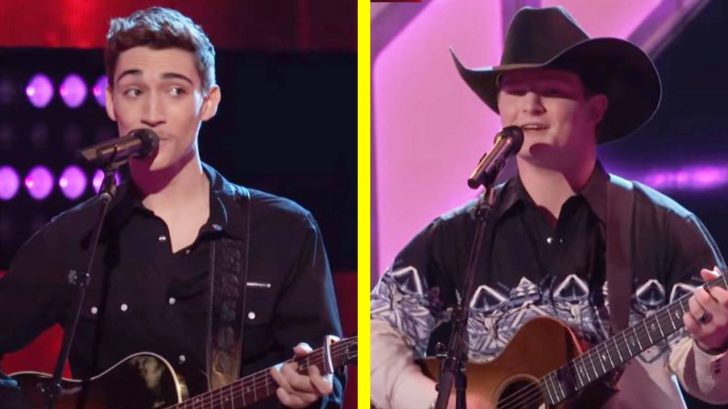 After 20-year-old Avery Roberson’s Blind Audition, it was clear that Kelly Clarkson needed him on her team for Season 20 of The Voice. The Rutherford, North Carolina-native auditioned with Tim McGraw’s 2007 song “If You’re Reading This.”

After singing just a few lyrics, John Legend turned his chair, followed quickly by Kelly Clarkson. During the chorus, Blake Shelton pressed his button and turned for Avery and Nick Jonas turned before his final note. Despite Clarkson’s persuading, Avery chose to join Team Blake.

During the next round of competition, the Battle Rounds, Shelton teamed Avery up with another country singer, Ethan Lively, for a cover of the James Otto song “Just Got Started Lovin’ You.”

Avery kicked off the song with his silky-smooth baritone voice, which had Kelly Clarkson’s replacement, Kelsea Ballerini, dancing in her seat. Clarkson was feeling “under the weather” during the filming of this episode so Ballerini stepped in to keep her chair warm.

when @kellyclarkson calls and asks you to keep her seat warm, you put all those years of being her super fan to work. thank you @johnlegend @nickjonas and ole pops @blakeshelton ? for making me feel like part of the @NBCTheVoice family. pic.twitter.com/Gst97bdhDU

After Avery and Ethan’s performance, Shelton decided to keep Ethan on his team and immediately, Ballerini began texting on her phone. As Avery was walking off stage after his defeat, Ballerini was still on her phone and she managed to press her steal button at the last second!

The “Hole In The Bottle” singer revealed she was texting with Kelly, who told her she had to steal Avery. We knew there was no way Clarkson was going to let Avery leave The Voice!

stealing is bad, unless you're stealing in the name of @kellyclarkson. welcome to #TeamKelly @AveryRMusic!! #TheVoice pic.twitter.com/VkHEXXTSbw