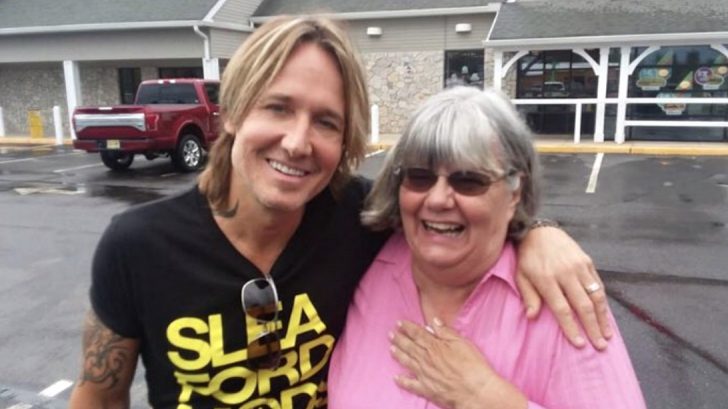 Retired elementary teacher Ruth Reed made a resolution three years ago to do a good deed for someone once a week. But, she never expected that her random acts of kindness would put her face-to-face with one of country music’s biggest stars.

While in New Jersey on a 2018 Graffiti U tour stop, Keith Urban wandered into a local WAWA convenience store for, but realized that he didn’t have any cash. Reed overheard Urban ask a woman with him if she had money. The kind-hearted Reed immediately offered to pay for his things without realizing who he was.

Just caught up with Ruth Reed who saw a customer having an issue paying at Wawa in Medford, NJ and jumped in to pay his bill. Turns out it was @KeithUrban her pic with him after interview, more today on @CBSPhilly pic.twitter.com/nDLqAAhBlW

According to a post made by Reed, Urban graciously thanked her and asked her name. She, in turn, asked his name. But, she didn’t immediately believe that he was actually Keith Urban.

“I didn’t believe him. I asked where Nicole was and who was the lady [with him],” Reed recalls. “He told me it was his sister. He finally said I could ask his bodyguard. It was then that I realized what an idiot I was.”

Reed shared a photo of her and Keith to her private Facebook page, but quickly went viral after former students took screenshots of the story and shared it across social media.

My favorite story of the day is how my 3rd grade teacher thought @KeithUrban was down on his luck and couldn’t pay for his wawa snacks so she bought them for him. What an angel. pic.twitter.com/mJccVOQWtp

Reed herself took to Twitter to thank Urban for the photo and for making her a celebrity among her friends.

@KeithUrban thank you for the photo at @Wawa. You were so gracious. I'm a celebrity with my FB friends now! Thanks!