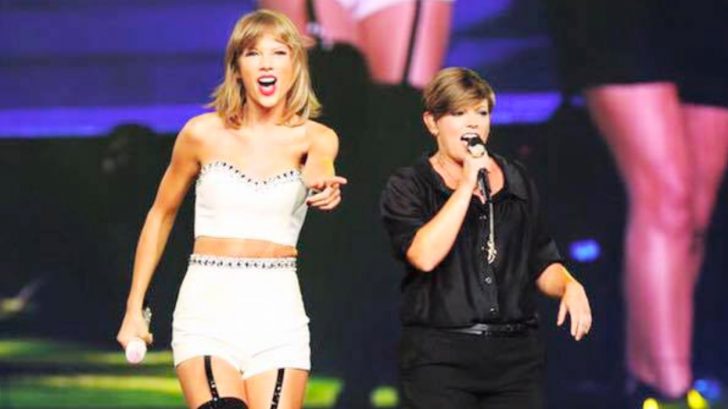 On August 16, Taylor Swift confirmed fan speculation that she would be teaming up with the Dixie Chicks for a song on her album Lover. The Dixie Chicks are a featured artist on track 12, “Soon You’ll Get Better.”

Lover was released on August 23 and immediately fans were raving about the entire album, but a lot of people had great things to say about her Dixie Chicks collaboration.

Once you press play in the video below, you will realize that it’s actually one of Swift’s most emotional songs yet. She wrote it about her mother, Andrea, who is currently fighting cancer for a second time.

Of the song, Swift told her fans during a pre-album drop live stream, “That was really, really hard to write, and it was just a family decision whether to even put it on the album. We as a family decided to put this on the album, and it’s something I’m so proud of, but it’s just really hard. I can’t sing it. It’s hard to just emotionally deal with that song.”

The song has a Dixie Chicks-esque musical styling with their signature guitar picking, banjo, and even a small fiddle section. The trio of singers also lend their harmonies to the chorus.

“Loved being a part of this project. Lover is out now, give it a listen!” they wrote on Twitter.

At one point in the song, it sounds as though Swift is about to cry in the middle of a lyric, and you can hear a loud, sorrowful sigh right after. Keep the tissues close for this one.

Loved being a part of this project. Lover is out now, give it a listen! – DCX @taylorswift13 pic.twitter.com/adbdKAu5t2

Swift quickly made history as 2019’s highest-selling album and made her the only female artist un US history to have six albums sells more than 500,000 units during the first week. It debuted at number one on the Billboard 200, and that week, sold more than the other 199 albums on the chart put together.

For the week on September 7, “Soon You’ll Get Better” debuted at number ten.

This is the first time since “Travelin’ Soldier” – released in December 2002 – that the Dixie Chicks have appeared in the Top Ten on the Billboard Hot Country chart. This is also the first time in six years Swift has reached the top ten on the country charts as a lead artist.

"Soon You'll Get Better" debuts at #10 on this week's Hot Country Songs chart.

Listen to the song below.