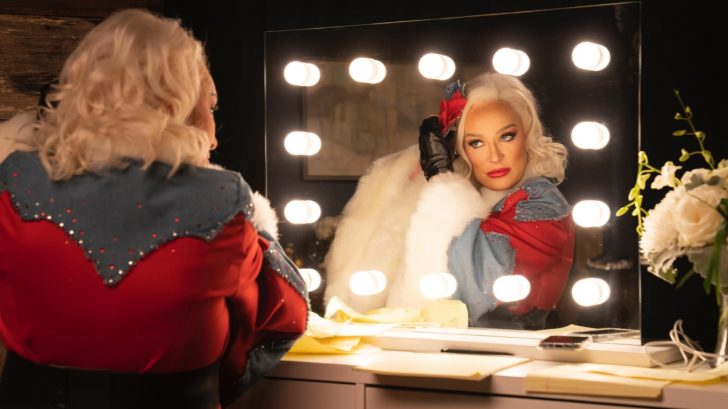 Tanya Tucker excitedly announced just a few hours ago on CMT’s YouTube channel that she’ll be starring in her first movie ever called A Nashville Country Christmas.

The official trailer was posted on CMT’s YouTube channel where it said the movie will premiere on Paramount Network, with a simulcast on CMT on Monday, Dec 12th at 8pm EST.

In the movie, Tanya is a country music singer who has become overwhelmed by her job at an over-the-top Hollywood production and goes on a retreat to her grandmother’s Tennessee farm to recharge herself.

While she’s there, she reconnects to her musical roots, rekindles a romance with an ex-lover, and builds a stronger family bond with three children who outsmarted the local foster care system into staying at her family’s farm.

Other than Tanya Tucker, some of the other cast includes Olivia Sanabia, Ana Oritz, and Keith Carradine. Tanya also worked as the executive producer of the movie along with Kristofer McNeeley, Ali Spuck, Margret Huddleston, and Stephanie Slack.

“It’s amazing that after 50 years in this business, I get to see my dreams become reality! And being part of A Nashville Country Christmas is definitely one of them,” Tanya said, according to Billboard. “I’ve always wanted to do more acting, and it was a gift from the good Lord when this role came along. I can’t wait for everyone to enjoy the movie this season.”

An encore presentation of A Nashville Country Christmas will also air on Sunday, Dec 25th at 11am EST.

Watch The Official Trailer For A Nashville Country Christmas Below