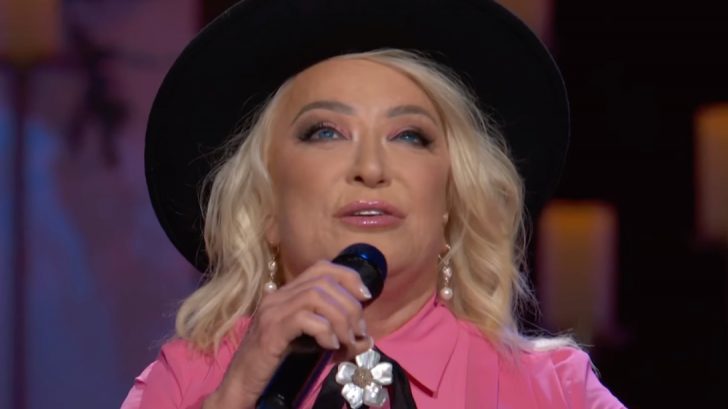 The passing of Loretta Lynn earlier this month left a huge hole in the hearts of country music artists and fans everywhere.

Many of those artists and fans gathered at Nashville’s Grand Ole Opry House Sunday night (October 30) where a star-studded line-up took the stage to honor the life and legacy of Loretta Lynn with speeches and performances.

One of the highlight’s of the event that aired live on CMT was a performance from Loretta’s longtime friend and fellow country star, Tanya Tucker. Tucker took the stage to sing Lynn’s 1965 hit “Blue Kentucky Girl.” The song was the title track from Loretta Lynn’s fourth studio album. “Blue Kentucky Girl” was later recorded by Emmylou Harris in 1979 and Skeeter Davis in 1982. But, it was Loretta Lynn’s rendition that remained the most recognizable.

Joining Tanya Tucker on stage were her daughters Presley and Layla who are both talented musicians in their own right. Presley (33) and her brother Beau “Grayson” (31) were born to Tucker and American actor-producer Ben Reed. Layla (23) was born to Tanya and her former fiance and Nashville musician Jerry Laseter.

Following Loretta Lynn’s death on October 4, Tanya Tucker posted a heartfelt tribute to the woman she called her hero.

“Today, my world changed and it will never be the same again. My hero [Loretta Lynn] got her wings and it’s been a day filled with tears. Many memories, so much gratitude and thanking my God above for blessing me first with her music and her guidance through the perils of the music world, way before we ever met,” Tucker wrote. “I looked up to Loretta always. Then we became best friends, she brought me flowers always and I brought flowers to her. Time has let me share many special moments with her….but now time has taken her from me forever!”

The post accompanied a series of photos and a video of Tanya and Loretta reminiscing and laughing together.

Watch Tanya Tucker’s beautiful performance of “Blue Kentucky Girl” in honor of Loretta Lynn in the video below.