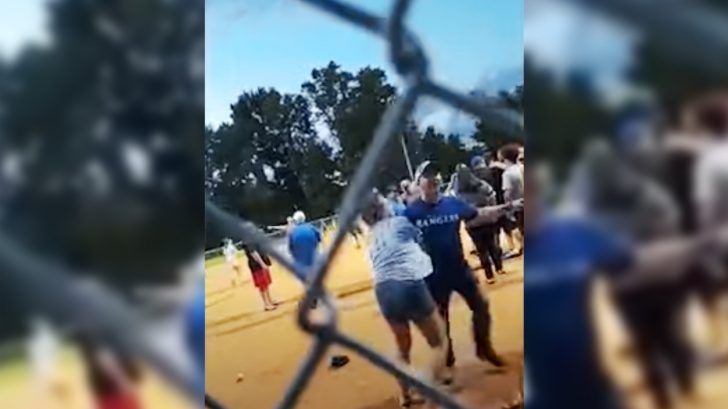 The City Of Stanton Police Department in Kentucky released a statement to the public letting them know that they are aware of the fight between parents and coaches during a little league T-Ball game on Monday.

“We are currently investigating the incident and are working on understanding the events that led to this incident,” the department wrote on Facebook.

Witnesses watching the game filmed videos as the coach allegedly made a bad call that triggered parents into screaming insults at the coach. That quickly escalated with one parent running onto the field, taking off his shirt, and throwing his fist up.

People were shoving each other, punching and cursing with six and seven-year-olds standing all around them. Many of the children cried as they watch the out-of-control adults act disgracefully.

“It was devastating for the kids. I couldn’t believe that adults acting like that and I know my little girl was so excited. She had worked all season to get better and get the game balls and she was so excited, and it just got ripped away from them,” a parent told WKYT.

Since then, the Stanton City Parks & Rec Board met and decided that there will be no more T-Ball league tournament moving forward, it will be permanently banned. They also decided to remove scorekeeping and scoreboard access from the T-Ball league as well.

Below are comments from a parent and the coach.

View Footage Of The T-Ball Scuffle Below