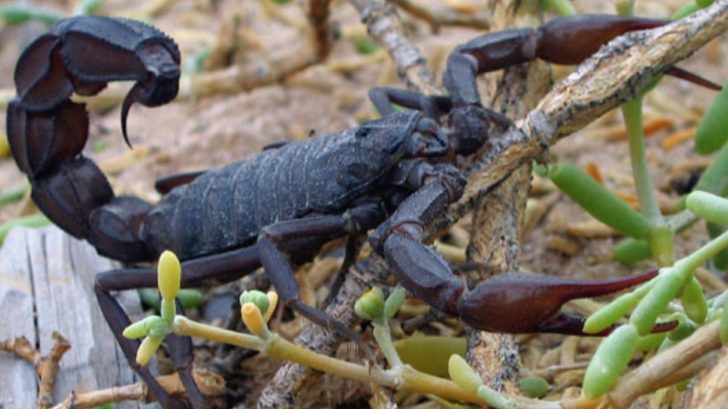 According to the Egyptian newspaper al-Ahram, a swarm of the most deadly scorpion species in the world, the fat-tailed scorpion, have stung over 450 people and killed three since Friday.

Egyptian officials said that heavy rain, hail, and dust storms near the River Nile on Friday forced the scorpions and snakes to abandon their underground burrows and search for dryer ground.

Unfortunately for hundreds of people in the southern city of Aswan, the deadly scorpions trying to escape the rain began entering their homes and stinging them.

The Egyptian health ministry said that a wave of residents showed up at the hospital over the weekend looking for medical treatment for their stings. Some people only received minor injuries from the stings, however, others were hospitalized and fell very ill.

Unfortunately, so far, three people were not able to recover after getting stung and they passed away. Local authorities said that they provided extra amounts of anti-venom medication to medical units in villages near Aswan which saved many people.

Authorities also recruited doctors from the COVID-19 vaccination centers to come and help treat the scorpion sting victims. Egyptian officials have warned residents to avoid places with lots of trees and to stay at home as much as possible until things start to dry back up.

Video On The Scorpions Below