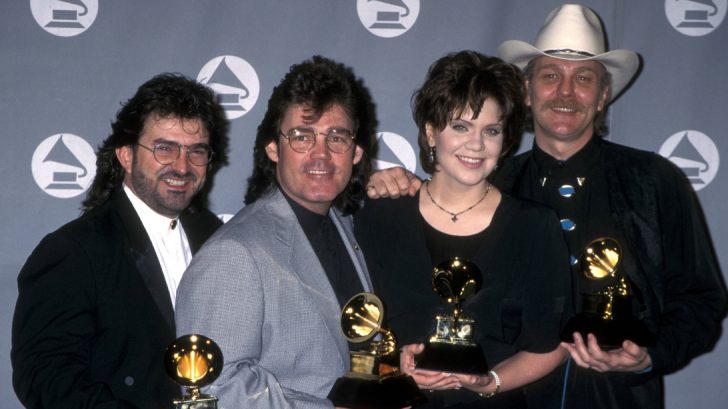 In 2018, Shenandoah celebrated the release of their first country album in 20 years! Fans of ’90s country will agree that Reloaded was quite possibly one of the most anticipated albums of the year as it features live performances of some of the group’s biggest hits as well as three new studio tracks.

Shenandoah, with Marty Raybon and Mike McGuire at the helm, saw their greatest success in the early to mid ’90s with hits like “Church on Cumberland Road,” “If Bubba Can Dance,” “Two Dozen Roses,” and “Next to You, Next to Me.” At the height of the group’s success, lead singer Marty Raybon left the group, a change that Shenandoah didn’t fully recover from until his return in 2014.

Now, nearly 30 years after their first chart-topping single, “Church On Cumberland Road,” Shenandoah is back with a new album and a new generation of fans. During the group’s album release party, they revisited some of their biggest hits, including their 1994 collaboration with Alison Krauss. When Krauss first joined Marty Raybon to record “Somewhere In the Vicinity of the Heart” for Shenandoah’s 1994 album of the same name, she was well known in the bluegrass circuit, but had yet to have a country music breakthrough. Now she’s one of the most successful female artists of any genre with 27 Grammy Awards to her name, including one that she earned alongside Shenandoah for “Somewhere In the Vicinity of the Heart.”

Alison Krauss made a surprise appearance during the release party as she joined Shenandoah on stage to perform their hit song live. The flawless vocals from both Krauss and Marty Raybon made it almost impossible to believe that nearly 25 years had passed since the initial release of their award-winning collaboration.

Watch the official video for “Somewhere In the Vicinity of the Heart” from 1994 below.