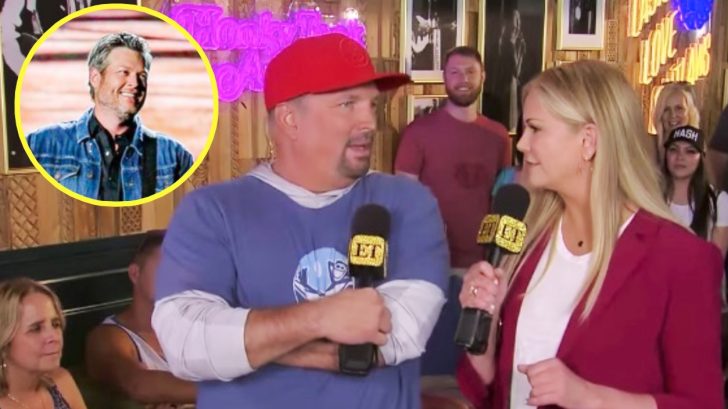 We didn’t see this coming!

In a surprising move, Garth Brooks just revealed that he and fellow Oklahoman Blake Shelton will be releasing a duet this summer.

Entertainment Tonight‘s Nancy O’Dell was interviewing Brooks in Shelton’s Nashville location of his bar Ole Red when he spilled the beans.

“Well, there’s a reason we’re here at [Shelton’s bar] Ole Red,” he told her. “The whole reason with Blake Shelton is, Blake and I are getting ready to release a duet for the summer!“

O’Dell, as well as the live audience, screamed in excitement!

“Hey @BlakeShelton I heard someone found out what we are DIVING into (HINT). I am going to run down to @NancyOdell at #CMAFest to let the dog out (HINT)!! Here we go, pard! love, g,” he wrote.

Shelton replied, “Just when I thought I’d seen it all… Then 2019 came along. Holy Moly.“

Brooks did say it would be released this summer, and luckily, we won’t have to wait that long to hear it, because it comes out on June 18, which happens to be Shelton’s birthday!

He also revealed the duet is called “Dive Bar.”

“It just talks about spending your summers in the dive bars across America, and it’s going to be fun,” Brooks said.

He did say the phrase “diving” was a hint, but so was “let the dog out,” so we’re not sure about that part!

Get ready for an epic Garth Brooks and Blake Shelton collaboration! ??