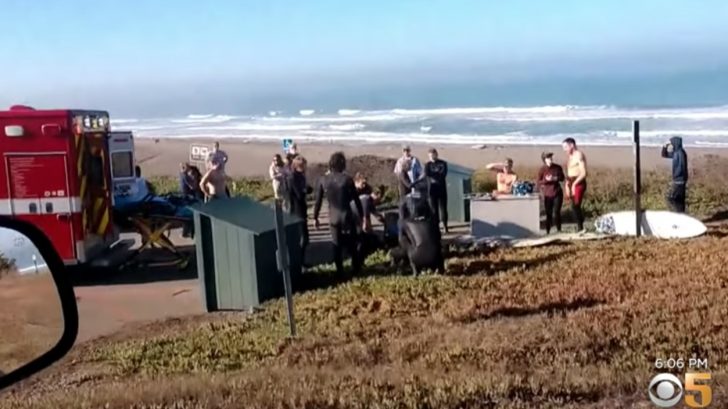 According to the California Department of Parks and Recreation, on Sunday a two-mile stretch of beach between Mussel Point and Marshall Gulch was closed down after a man was severely injured due to a shark biting him on the leg.

Beach officials say that the man was laying on his stomach on the surfboard and paddling with his arms when the marine animal attacked him. The incident took place around 9am at North Salmon Creek Beach.

Other surfers witnessed the attack and helped him get back to the beach where they placed him on a longboard and carried him up a flight of steps to a parking lot.

There, a bystander tied a tourniquet around the man’s leg to keep him from bleeding until paramedics could get there.

Bodega Bay Fire Capt. David Bynum said the man received medical attention in an ambulance until a helicopter got there and transported him to Santa Rosa Memorial Hospital. They say he was badly injured but is expected to survive.

Since the attack, the beaches have opened but at the moment, there is no swimming, surfing, kayaking, or paddling boarding allowed in the water.

“I’m sure some people will definitely be a little more cautious and others will be like, ‘Oh, they’re always out there,’” Sarah said.

More On The Incident In The Video Below