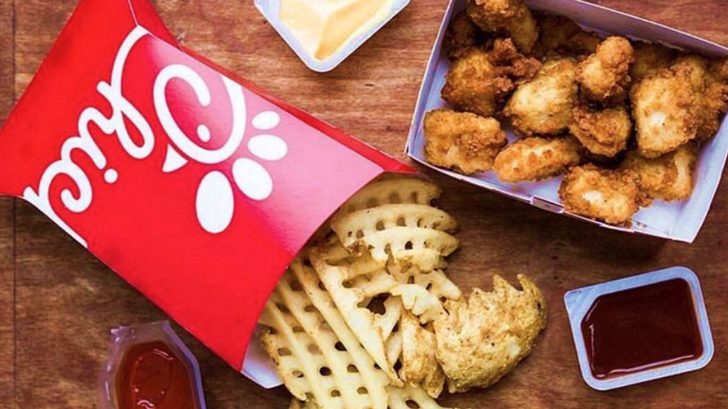 Out of 10 of the biggest fast-food chains in the United States, Chick-fil-A ranked dead last in one of the worst categories a “fast” food restaurant can: speed.

But while everyone’s favorite chicken meal drive-thru ranked #1 in terms of order accuracy and friendliness, there is one important segment that they failed at – the speed of service.

According to QSR, customers can spend an average of 255 seconds just waiting in the drive-thru channel. This time is measured from when they place their order at the loudspeaker to when they receive their food (and change) at the delivery window.

Truthfully, five minutes doesn’t seem like a long time when speaking about it – but if you’re super hangry and trying to get your dinner…it can feel like an eternity.

“Chick-fil-A is also looking for tech that can quicken its drive-thru process. Team members are posted outdoors with iPads at several locations, using the tablets to take customers’ orders and payment at once. The practice achieves two key points of an order in one fell swoop and allows employees to move freely from car to car. Chick-fil-A’s speed of service is still the slowest, due to its constantly crowded lanes that aren’t showing any signs of dying down in the near future,” the study reads.

The fastest chain in the study was Dunkin’ Donuts which scored under the average by about 4 seconds, with a total time of 216.75 (3m 37s).

What do you think about Chick-fil-A’s speed of service? Have you ever thought it was a huge wait?