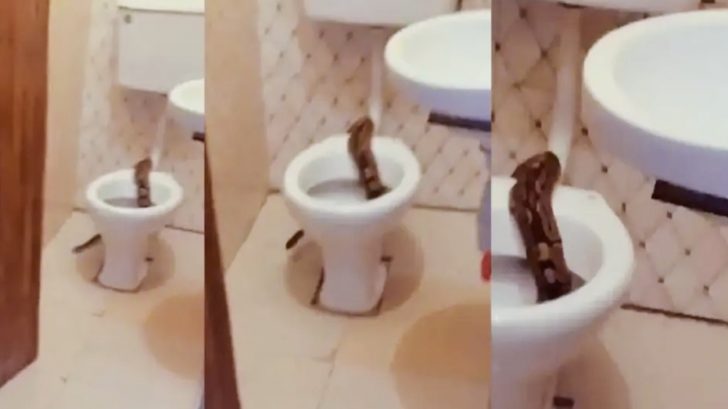 A video has recently surfaced on social media showing the shocking moment when a student was attending school and walked into the bathroom to find a massive snake slithering up from the toilet bowl.

According to the local authorities, the incident took place at Novena University in Ogume, Delta State. The student apparently went in there to use the bathroom and saw the snake and started filming.

The video footage showed the student being very cautious as she slowly walked toward a stall that had a door open. As she peered into the stall, the female student can be heard saying “Blood of Jesus” while she filmed and kept moving closer to it.

Other girls can be heard shrieking and making noises behind her as she attempted to get the snake on film. The snake had at least two feet of its body already slithered out of the toilet bowl and its head was on the floor searching for where to go next.

Everything was chill, but once the snake started moving again, the girls couldn’t hold back their fear any longer and began screaming for dear life. The girls ended up running away from the snake before cutting off the video.

To see this incident for yourself, you can watch the video below!