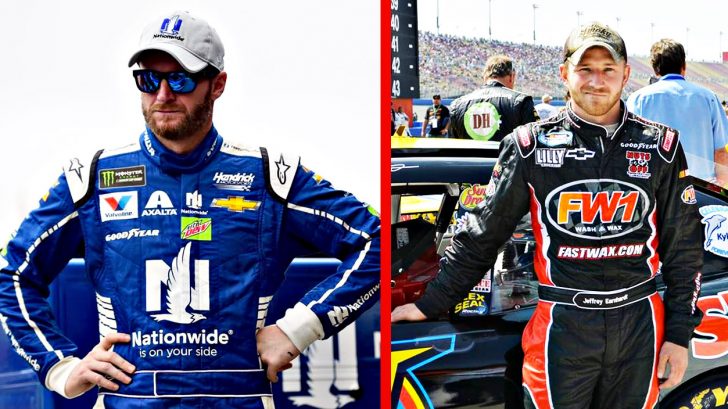 For the first time since 1975, NASCAR’s Cup Series may not have a member of the Earnhardt family on its roster – and it’s not for reasons you might think!

Beginning with Dale Earnhardt Sr., NASCAR quickly became synonymous with the Earnhardt name and top-notch motorsports performance. Dale Earnhardt Jr. carried on that legacy up until 2017 when he announced that he would be retiring from NASCAR starting with the 2018 season. Now, Dale Jr.’s nephew, Jeffrey Earnhardt, who was poised to take the reigns, may not be competing in the series following a bout of struggles.

28-year-old Jeffrey Earnhardt has competed in the NASCAR Cup Series for the last three years and was most recently fielding the No. 33 Chevrolet for The Motorsports Group / Circle Sports Racing and sponsored by Hulu. With the closing of the 2017 season, the two teams split up their partnership and it left Earnhardt without a ride for 2018.

The Motorsports Group and Circle Sport Separate. We wish Circle Sport and @JEarnhardt1 the best of luck in the future. pic.twitter.com/a8bLAFcbrQ

Without a solid ride set for the 2018 season, it’s possible that the Earnhardt family name will not appear on NASCAR’s roster for the Cup Series division. A tradition and legacy that’s been ongoing for more than 40 years.

According to AutoWeek, Earnhardt’s management team explained their progress toward finding a ride and what obstacles they are facing – all while maintaining confidentiality.

“We found an incredible opportunity that requires a certain level of sponsorship to make things work. In a very short period of time we’ve put together most of the puzzle. Out of respect for all involved Jeffrey has to maintain confidentiality until there is 100% certainty in sponsorship. With the Daytona 500 not far away this deal has to come together in weeks not months. Urgency to execute is understatement.”

What do you think about the struggles Jeffrey is facing? Do you think he’ll be able to get a ride before the deadline? Let us know in the comments.