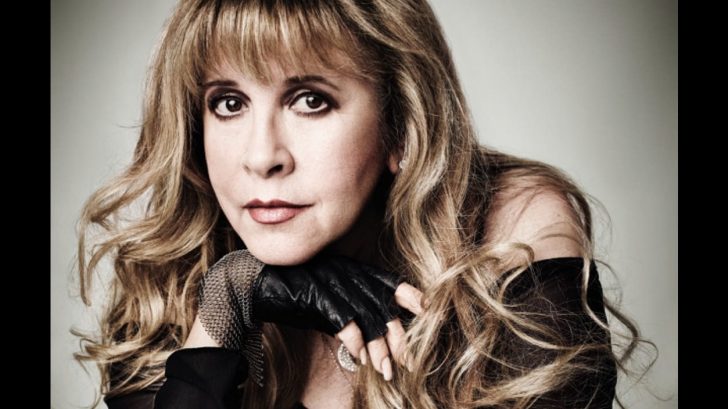 One of the biggest names in the history of modern music is that of Fleetwood Mac – an iconic band who soared through the 60s and 70s and featured a woman whose voice is so distinct you never question who is singing.

But, sadly, both the band and Stevie Nicks have been forced to both cancel and postpone shows recently.

Just two weeks ago, Stevie Nicks was honored to be inducted into the Rock and Roll Hall of Fame’s 2019 Class, just the second woman ever to be blessed with such an honor.

During that celebration, she was delivering some witty jokes and gave some of the most incredible performances we’ve seen all year – including a wonderful duet with Harry Styles on “Stop Draggin’ My Heart Around.”

In honor of her achievement, Rhino Records also dropped the decades-old music video for “Stand Back” to celebrate a new career-spanning collection of hits.

But now, just a few days after the band was announced as headliners for Jazz Fest, they’ve canceled that show and postponed a handful of others.

Fleetwood Mac was brought into Jazz Fest as a replacement for original headliner Rolling Stones after Mick Jagger had to undergo heart surgery. Now, they’ve also canceled their appearance due to health reasons.

In an announcement by the festival, they explained yesterday (April 8th) that Stevie Nicks’ illness had caused the cancellation, but they were working on a replacement. The New Orleans Jazz Fest is set to kick off on April 25th, 2019 and end on Sunday, May 5th with Fleetwood Mac headlining Day 5 (May 2nd).

Due to the illness of Stevie Nicks, Fleetwood Mac has just announced the postponement of four upcoming North American tour dates and their performance at Jazz Fest on May 2. Stay tuned for updates about May 2 talent and tickets.

According to a report by The New Orleans Advocate, Fleetwood Mac canceled their appearance at the iconic 50-year-old festival due to Stevie Nicks battling the flu. Beyond just the festival, the band has also put the remainder of their spring tour dates on hold – pending a reschedule.

A rep for the band spoke to Rolling Stone about her health and condition, saying: “While she is feeling better already, management has consulted with her doctors and have decided to reschedule the remaining four shows of their North American tour to allow for her full recovery….”

“Ticketholders will receive new dates and details shortly. Unfortunately the band will not be able to perform at Jazz Fest in New Orleans on May 2.”

Currently, Jazz Fest has announced a new headliner, Widespread Panic, for that date and has adjusted their ticket pricing/policies to reflect that.

We are praying for Stevie Nicks’ quick recovery during this time. Watch her performance from a couple of weeks ago at the 2019 Rock and Roll Hall of Fame induction below.