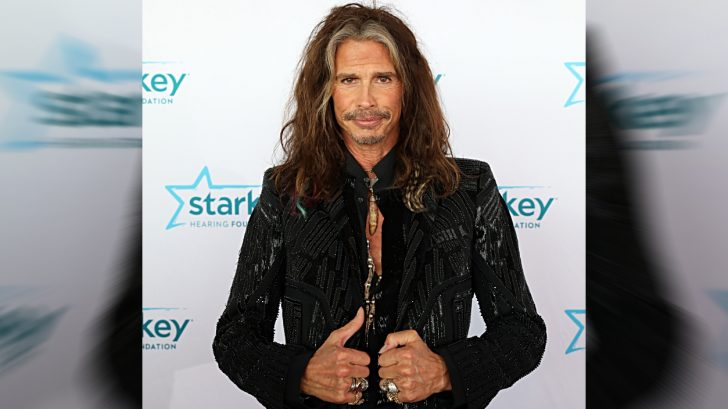 Now officially an ordained minister, this hard-rocking legend that’s turned over a country music leaf is all about doing weddings – but there’s a price for it.

Steven Tyler, who recently got back from attending his son’s wedding in his Boston hometown, shared the news with folks when approached by TMZ at LAX – and he even has aspirations of officiating a celebrity wedding or two.

The longtime legendary rocker and Aerosmith frontman has added a new title to his ever-growing list of accomplishments and positions: ordained minister.

After a soaring career as a rock star, Tyler turned to American Idol as a judge and later jumped straight into a country music career with the release of his solo country album, We’re All Somebody From Somewhere.

Hitting the Top 20 on the country charts with the first country single “Love Is Your Name,” and striking it high again with the second, “Red, White & You,” Tyler reminded us all that he’s a force to be reckoned with.

Now that he’s tried on a few new hats, the next one is for him to start officiating weddings – and as he tells TMZ, there’s a big A-lister he wants to sit in for, but he’ll also do them for Joe Schmo folks…but it’s going to cost you!

After obtaining his license from the Universal Life Church Ministries, Tyler is now an ordained minister with the ability to officiate weddings, preside over funerals, baptisms, and other religious ceremonies. With his insane going rate, the $80 he paid for the license will be made up with just the very first booking.

He offered to officiate the wedding of Justin Bieber and Hailey Baldwin, which didn’t end up happening, but Tyler did tell this TMZ staffer he’d officiate a wedding for a mere $200,000.

Yep – you read that right. More zeros than the average American’s salary.

Check out the full fast lane interview here and let us know if you’d have Steven Tyler officiate your wedding (if the price wasn’t an issue.)